According to the Consumer Product Safety Commission (CPSC), window blind cords are among the top five hidden hazards in US homes. To try to reduce the injury risk to children, there have been voluntary regulations placed on blind cords for window manufacturers for several years. But data analyzed by the AAP has proven that the regulations are, sadly, not enough.

How to Childproof the Windows in Your Home

The Danger of Window Blinds

To try to establish that window blind cords are still posing a significant risk to children under the age of 6, the AAP analyzed data in the United States from 1990 to 2015. The data came from both the CPSC's National Electronic Injury Surveillance System (NEISS) and the In-Depth Investigation (IDI) databases.

Using the combined data, researchers were able to add up all the injuries and fatalities that had occurred in children under the age of 6 and led to a visit to the emergency department. All of the injuries occurred as a direct result of window blind cords and not from things like window curtains or drapes.

The data revealed an injury rate from window blinds of 2.7 per 100,000 children.﻿﻿ Overall, blinds caused 16,827 injuries resulting in emergency room visits, and the types and severities of those injuries varied.

The most common type of injury was being "struck by" a window blind cord or part of the cord. This injury usually resulted in a laceration of some kind to the child's skin, such as a cut or a bruise. Most of those types of injuries were not severe and were treatable.

A more severe type of injury, however, was entanglement, which accounted for 11.9% of all injury cases. The overwhelming majority (98.9%) of these entanglement incidents were a result of the blind cords, and most of them involved the child's neck.

Specifically, children became entangled in the window blinds' operating cords 76.4% of the time or in the inner cords 22.1% of the time. These cords included both cords from horizontal blinds and roman shades or cords that help raise or lower shades. There were even cases of children getting caught in cords that parents had tied up in multiple loops in hopes of preventing their children from getting stuck.

As you might expect, entanglement injuries and incidents were the most dangerous to children. The AAP found that two-thirds of entanglement incidents ultimately resulted in death of the child. Overall, the data revealed that one child dies each month as a result of window blind cord injury or entanglement.

Step-by-Step Guide to Childproofing Your Home

Who's Most at Risk?

According to the data, children under the age of 6 are most at risk for injury caused by window blind cords, and toddlers specifically have the highest risk of any age group. This fact is largely because toddlers are naturally curious, want to explore their environment, and are strong and mobile enough to do things like scale furniture or climb up on window sills.

Toddlers were also most at risk because parents couldn't hear them if they did become tangled or injured by the cord. The strangulation happens silently, as their airway is closed off, much like drowning. Plus, it happens very quickly.

The majority of injuries and deaths occurred when the child was being cared for by a parent but had been left alone for less than 10 minutes.

For example, a large majority of the injuries happened at bedtime after a parent had left the room. Another common occurrence was a child being left alone for a few minutes watching television as a parent stepped out of the room—something many parents can relate to.

Typically, toddlers also tended to use some kind of furniture to reach the window blind cords. Beds were the most common piece of furniture used, and others included cribs or playpens, couches or sofas, or window sills. Overall, toddlers around 2 years old were most at risk alone at night in their bedroom after a parent had put them to bed.

How Dangers Are Being Reduced

For example, in 1994, the CPSC and Window Covering Manufacturers Association (WCMA) made a plan to get rid of loops in window blind pull cords and even offered free repair kits. There also have been various recalls, as well as the establishment of voluntary safety standards for window coverings and treatments.

But as the data shows, keeping the standards voluntary means that not everyone is following safety recommendations. Plus, not all parents are aware of how dangerous window blind cords can truly be.

The AAP noted in its study that many types of blind cords are designed to be safer when properly used, but not all parents are aware of the safety recommendations and therefore don't install the blinds properly. For example, they explained that continuous loop cords, which are common in vertical and roll-up shades, need a tension device in order to work properly.

If the device is not installed or if it's installed incorrectly or damaged, the continuous loop is then left hanging, which presents a strangulation hazard. The AAP estimates that many households have inner blind cords that are defective or not properly installed, thus posing an unknown risk.

A study referenced by the AAP noted that, although most parents reported being aware that window blind cords are dangerous, less than a quarter of them had actually taken steps to ensure their own homes were safe. The CPSC recommends that parents eliminate all window blinds that have cords in their homes and replace them with cord-free or inaccessible cord blinds. These types of blinds are available from most major window treatment manufacturers.

Parents also should regularly inspect any inaccessible cord blinds to ensure that they have not broken, leaving cords exposed. And, finally, parents should not place any cribs, beds, or sofas near windows in rooms that children play or sleep in.

The Best Baby-Proofing Products Will Provide Ease of Mind

Window blind cords pose a risk of injury or death for children under the age of 6. Toddlers are especially at risk, because they are naturally curious and prone to explore their environment. Injury or death can occur very swiftly and silently as a result of cord strangulation or entanglement.

The AAP recommends that all window blind cords be eliminated. If you are a parent with window coverings that have window blind cords, consider replacing them with cordless window blinds or some other type of window treatment that does not have cords of any kind.

What Is CPSIA and How it Protects Your Kids
3 Sources
Verywell Family uses only high-quality sources, including peer-reviewed studies, to support the facts within our articles. Read our editorial process to learn more about how we fact-check and keep our content accurate, reliable, and trustworthy. 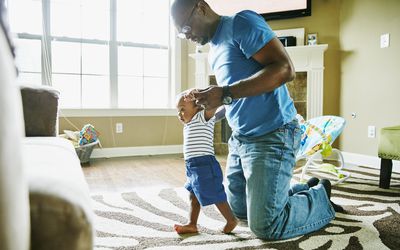 Step-by-Step Guide to Childproofing Your Home 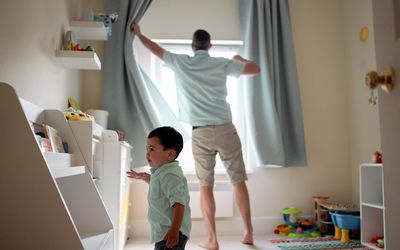 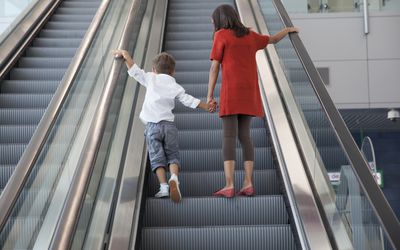 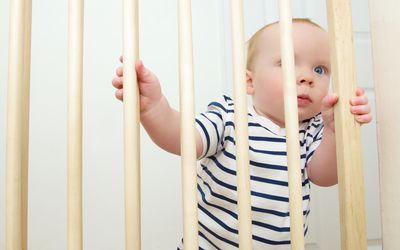 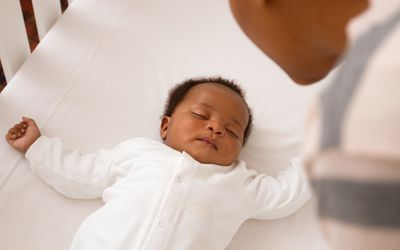 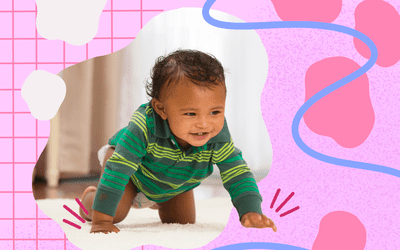 How to Teach a Baby to Crawl 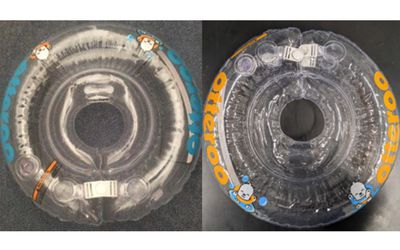 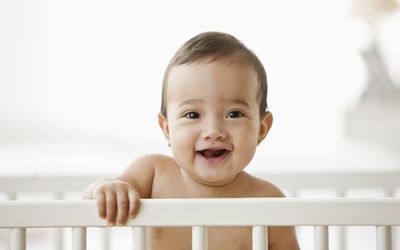 How to Baby-Proof the Nursery 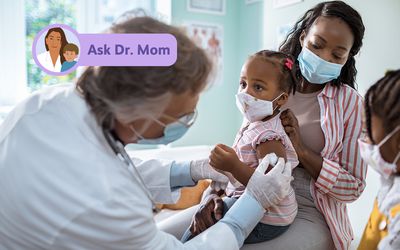 Ask Dr. Mom: Should I Vaccinate My Child Against COVID-19? 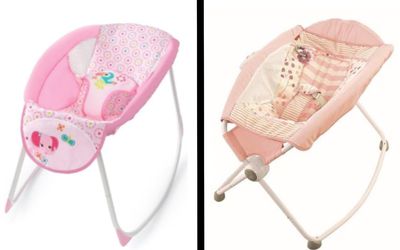 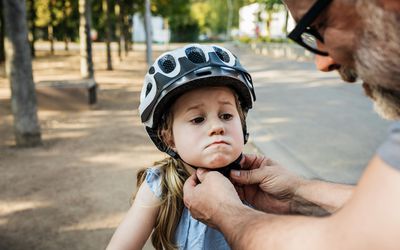 How to Find the Right Bike Helmet for Your Child 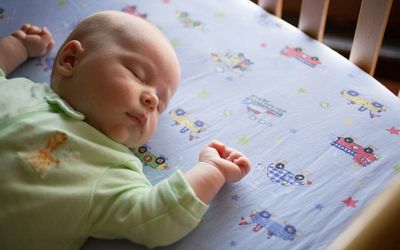 How to Protect Your Child From Suffocation While Sleeping 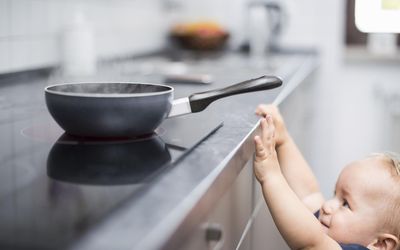 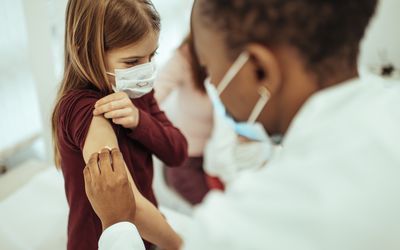