Foods to Avoid When You're Pregnant

There are some food-related products that are a well-known no-no during pregnancy. For example, alcoholic beverages should be avoided completely by pregnant women due to the risk of birth defects such as fetal alcohol syndrome.

Yet there are some foods with which you may not be as familiar that have been linked to miscarriage and stillbirth.

Listeriosis is an infection caused by the bacterium Listeria monocytogenes. It may not cause obvious symptoms for a pregnant woman but may result in a serious infection in the fetus leading to miscarriage or stillbirth. The disease can also cause preterm delivery and life-threatening infections in newborn infants.

Listeriosis may occur when people are infected with the bacterium Listeria monocytogenes. Ordinarily, pasteurization kills off these bacteria. Foods that are made with unpasteurized dairy products, as well as some others, can result in exposure to this illness.

The most common sources of listeria are:

Even if a food product is contaminated, however, most healthy adults will not become ill. Some people may have mild symptoms, but these are easily overlooked. In general, listeriosis is primarily a problem for people at risk, including those who are pregnant or have diseases which compromise the immune system such as AIDS.

Around 1,600 people become ill with listeriosis each year in the United States and roughly 260 people die from the disease. The importance in pregnant women is likely underestimated as many miscarriages due to listeria go undiagnosed.

Imported soft cheeses are at risk for Listeria contamination because some of these cheeses may be unpasteurized.﻿﻿ Avoid the following cheeses unless you are sure that they are made from pasteurized milk (check the label) or have been well-cooked (ricotta in a well-cooked lasagna is probably safe, for example):

Beware of "Natural" and Green Markets

At first glance, you may think you are doing the best thing possible for your unborn baby by purchasing food at an organic market. Before doing so, however, it's important to think about why some of the processes such as pasteurization are used.

Cheeses you find at green markets or made by small cheesemakers, regardless of the variety, are frequently made with raw milk and should be avoided.

Other Foods Which May Contain Listeria

In order to protect yourself from Listeria, be sure to also steer clear of refrigerated pates, smoked seafood not contained in a cooked preparation, and hot dogs and deli meats that have not been steamed or reheated to 165 degrees.﻿﻿

The symptoms of listeriosis in pregnancy are similar to that of the flu and include fever, body aches, and headache. More severe symptoms such as confusion and seizures may also occur. Listeriosis is treatable with antibiotics, but since it may cause problems such as miscarriage and stillbirth before the illness is recognized, prevention should be the goal.

In addition to avoiding the above food products, it is important to wash all foods carefully and avoid cross-contamination in ways such as using the same cutting board for raw meats and vegetables. Always heat meat and seafood thoroughly. Beef and pork must be heated to 145 degrees and poultry, 165 degrees to be considered safe.

Proper refrigeration is important for all foods when pregnant, but keep in mind that listeria can survive in the refrigerator. In fact, it can survive being frozen in the freezer as well.

Learn about other infectious diseases which can be a risk during pregnancy. 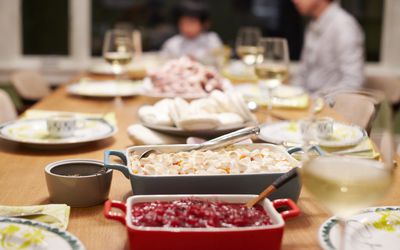 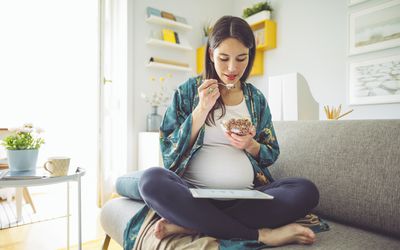 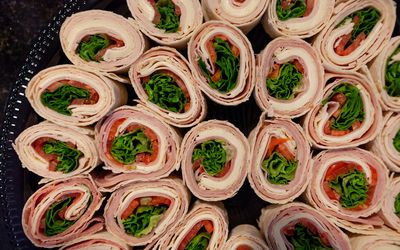 Can I Eat Processed Meats While Pregnant? 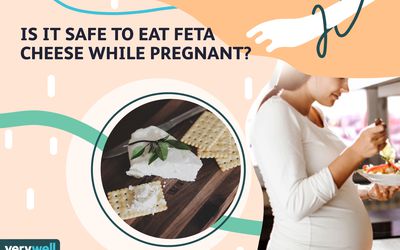 Can I Eat Feta Cheese While Pregnant? 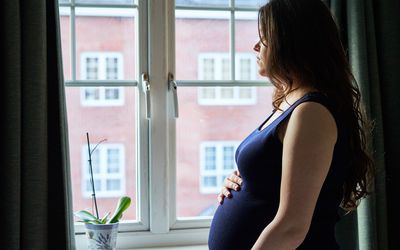 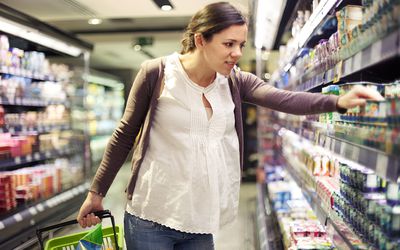 5 Foods You Absolutely Should Not Eat During Pregnancy