If you notice vaginal discharge that is similar in color and consistency to raw egg whites, you are likely about to ovulate. Egg white cervical mucus is the most fertile kind of cervical mucus, and it is frequently abbreviated as EWCM on fertility charts and forums for those trying to conceive.

While cervical mucus changes throughout the menstrual cycle, EWCM is the most fertile and signals the best time to have sex for pregnancy. This stage of mucus is the ideal viscosity and pH for sperm.

Some consider vaginal discharge a nuisance or a hygiene problem. But if you are trying to conceive, when you see egg white discharge, it's time to have sex. Or, as they say on the fertility forums, BD! (BD stands for the horizontal baby dance.)

Egg white cervical mucus provides the ideal environment for sperm. It helps the sperm swim up from the vaginal canal and cervix into the uterus.

Egg white discharge also helps the sperm survive the usually more acidic environment of the vagina. If you don't have fertile quality cervical mucus, the sperm cannot swim or survive as well. This may lead to trouble getting pregnant.

A lack of fertile quality cervical mucus can also indicate a hormonal imbalance or problems with ovulation. It's sometimes referred to as "hostile" cervical mucus.

When Does Egg White Discharge Occur?

Usually, you get fertile egg white discharge for one or two days before you ovulate. These are your most fertile days, and if you want to conceive, have sex when you see it.

It's also possible to have EWCM for up to five days before ovulation. Or, you might get it for only one day. But two or three days is more typical.

Some people get fertile-looking cervical mucus again just before their period comes. It may become watery or even egg-white like. This isn't a sign of ovulation and having sex during this time will not help you get pregnant.

Others get multiple patches of egg white cervical mucus throughout their cycle. These days of EWCM may alternate with days of less fertile cervical mucus. This is common in people with polycystic ovarian syndrome (PCOS).

Although research is limited on cervical mucus in people with PCOS, one very small study of five participants found that people with PCOS often have reduced elasticity of cervical vaginal fluid. Even after being treated with metformin, a drug often used in patients with PCOS, the researchers were unable to restore normal elasticity. They hypothesize that abnormal cervical fluid may be a factor in the infertility of people with PCOS, but there is little published data to support this theory.

Because it is not possible to know which patch of egg white cervical mucus is the one preceding ovulation, in this case, you should treat each appearance of EWCM as potentially the right day to have sex to get pregnant.

Whatever the situation is, if you're unsure if your vaginal discharge is normal, see a healthcare professional. A vaginal infection can make conception more difficult.

The hormones that trigger the ovaries to release an egg during ovulation also trigger other changes in your body. These include more fertile vaginal discharge and changes in the cervix, your body temperature, and your mood.

For example, just before ovulation, your cervix moves up higher, becomes softer, and more open. Also, when you're most fertile, your desire for sex also increases. This is nature's way of getting you to have intercourse at the right time to conceive.

Estrogen is the hormone primarily responsible for egg white discharge. If your estrogen levels are low, you won't get as much (or any) fertile quality cervical mucus. This may occur as a side effect of medication (like Clomid). It also can occur because of age, birth-control pills, or a hormonal imbalance.

How to Check for EWCM

Research shows that tracking cervical mucus changes can help you time sex for pregnancy. It may be even more helpful than tracking your basal body temperature.

You can check for EWCM by noticing the discharge left on your underwear or by inserting a clean finger into your vagina. You may also try looking at your toilet paper after urination.

It's best not to check just before or after sex. Sexual arousal will change your vaginal discharge. Plus, it's easy to confuse semen with watery cervical mucus.

Egg white cervical mucus will stretch a few inches between your fingers and appear to be somewhat clear and mucus-like. Non-fertile cervical mucus doesn't stretch much or at all. It may seem crumbly or sticky.

Some also track cervical mucus to detect early pregnancy, but this isn't very reliable. While your vaginal discharge will eventually change during pregnancy, those changes aren't noticeable until much later.

There are a few different issues that may come up if you check your mucus to conceive or as a method to prevent pregnancy. These issues don't necessarily signal a fertility problem.

No Rise in Temperature

So what does it mean if you get egg white cervical mucus, but never see the increase in temperature? There are a few possible reasons this may occur.

First, you may be part of the small percentage of people who don't get an increase in basal body temperature after ovulation. Or, you may not be ovulating. It is also possible that you are not charting your temperatures carefully. For example, taking your temperature at different times in the morning can cause unpredictability.

If you don't get the temperature rise after seeing cervical mucus, and this occurs frequently, bring your charts to your OB/GYN. They may be able to do some fertility testing, or provide advice on charting—especially if your charting technique is the problem.

When There's No Temperature Rise With EWCM

If you don't seem to get even watery cervical mucus throughout your cycle, talk to your healthcare provider, especially if you've been trying to get pregnant for a while. A lack of cervical mucus can cause infertility.

In higher does, the fertility drug Clomid can lead to a lack of egg white or watery cervical mucus. Your healthcare provider may recommend using a fertility-friendly lubricant. Do not use conventional lubricants. They can be harmful to sperm and may disrupt the natural flora and pH balance of your vagina.

Why Conventional Lubricants Are Bad for Sperm

It's highly unlikely that you'll remove too much cervical mucus simply by checking it. However, douching could lead to less cervical mucus and decrease your chances of getting pregnant.

You should not douche, especially if you're trying to get pregnant.

Vaginal "cleansing" products wash away the good bacteria that keep yeast infections at bay. They can also cause irritation. Vaginal discharge is your body's natural way of keeping the area clean.

Cervical mucus is a natural and normal part of a healthy reproductive system. When you're in the fertile mode of your cycle, vaginal discharge helps keep sperm alive and moving. At other times of the month, it keeps out potentially infectious microorganisms.

You should have two to five days of egg white quality cervical mucus every month. If you see it much more often than that—or don't ever get fertile quality vaginal discharge—talk to your healthcare provider. It's also important to get treatment if you have symptoms of a vaginal infection (such as itching, burning, irritation, or an unusual and unpleasant odor).

12 Sources
Verywell Family uses only high-quality sources, including peer-reviewed studies, to support the facts within our articles. Read our editorial process to learn more about how we fact-check and keep our content accurate, reliable, and trustworthy.
Additional Reading 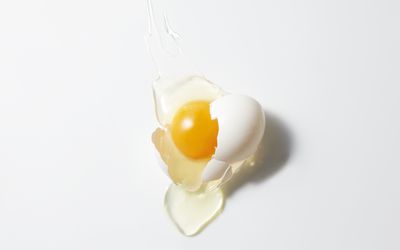 How Charting Cervical Mucus Can Help You Get Pregnant Faster 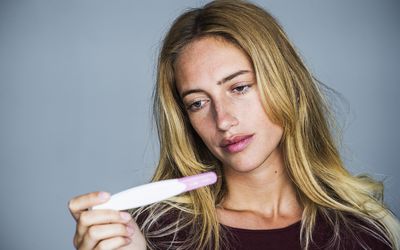 Can You Have Fertile Cervical Mucus but Not Ovulate? 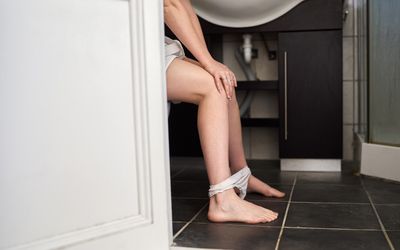 Do You Have Too Much Vaginal Mucus?