A Closer Look at This Controversial Topic

Progesterone is one of the sex hormones closely associated with pregnancy and the menstrual cycle. It can also play a role in recurrent miscarriages.

In menstruating people, levels of progesterone in the body rise every month after ovulation, preparing the lining of the uterus for the possibility of pregnancy. In a non-pregnant menstrual cycle, progesterone levels rise after ovulation and fall just before the person gets their menstrual period.

When pregnancy occurs, the progesterone level should remain elevated. Through the first trimester, the ovaries produce the majority of the hormone needed to maintain the pregnancy. Then, the placenta takes over progesterone production by about the 10th week of pregnancy.

Among its many functions, progesterone helps maintain the uterine lining during a woman's luteal phase and during pregnancy. This had lead some researchers to theorize that having low progesterone levels prior to having a miscarriage might play a role in causing miscarriage. However, whether supplementing progesterone can prevent miscarriage is a matter of debate.

A 2012 statement from the American Society for Reproductive Medicine suggested that progesterone is not useful for women with sporadic miscarriages.﻿﻿ Women who have had recurrent (three or more) miscarriages, however, might benefit from progesterone supplementation.

Women using reproductive technologies such as in vitro fertilization (IVF) might also be prescribed progesterone supplements.

In 2013, a review of 13 scientific studies also concluded that "for women with unexplained recurrent miscarriages, supplementation with progestogen therapy probably reduces the rate of miscarriage in subsequent pregnancies."﻿﻿

However, a randomized study of over 800 pregnant women, published in 2015, found that treatment with progesterone "did not result in a significantly higher rate of live births among women with a history of unexplained recurrent miscarriages."﻿﻿

Another randomized study from 2019 included over 4,000 women who experienced bleeding in early pregnancy (not necessarily recurrent miscarriage). The results of the study showed no fewer miscarriages among women who took progesterone.﻿﻿

What Is the Controversy?

Low progesterone in pregnancy is associated with miscarriage—the question is why.

One theory is that levels that are too low could theoretically cause miscarriage if the uterus is not ready to support a pregnancy. In this case, it could be that the ovaries have problems producing enough progesterone.

Alternatively, many doctors believe that low progesterone levels merely mean that a miscarriage is impending because of an unrelated cause. In this case, it would not be useful to use progesterone supplementation.

Low levels of progesterone might be the first sign that the body is preparing to miscarry a pregnancy that has already failed (such as when there are chromosomal abnormalities in the embryo or fetus).

Physicians who are believers in the benefits of progesterone therapy often have clinical experience that informs their beliefs. They might have patients who have had recurrent miscarriages and gone on to have successful pregnancies after progesterone supplementation.

Some physicians only use progesterone supplements in patients who have already tested as having low progesterone. Physicians who use this approach may feel that the existing studies have not adequately screened patients as many current studies on progesterone have not differentiated women with low levels of progesterone from women who have had miscarriages for other reasons.

These doctors may have clinical experience seeing women with low progesterone levels who end up carrying a baby to term after supplementation, which informs their belief that the treatment can work.

The body naturally produces progesterone during pregnancy. Many supplements have a chemical makeup identical to the progesterone produced in the body, which is why some physicians feel that supplementing women who have low levels of the hormone is unlikely to do any harm.

Physicians who do not prescribe progesterone supplements may feel hesitant to prescribe any drug without a clear indication that it works. Doctors who feel this way have some solid historical ground to stand on.

From the 1950s through the 1970s, physicians often prescribed a drug called DES to pregnant women with the idea that it would prevent miscarriage. The drug was later found to cause numerous reproductive abnormalities in children.﻿﻿

For this reason, many doctors might feel more comfortable waiting to prescribe it until there are clear guidelines.

Physicians may feel that, until scientific evidence demonstrates a clear benefit, it is more likely that having low progesterone means a miscarriage is imminent. They might feel that prescribing progesterone when a pregnancy is already destined to miscarry could delay the onset of the bleeding.

No one knows for sure whether or not progesterone supplements work to prevent miscarriage. That said, no amount of the hormone will influence the outcome for miscarriages with specific causes such as chromosomal abnormalities.

There is currently no evidence that progesterone supplements will cause harm, but it is also not clear if they can prevent a miscarriage. If your physician is advising you to use progesterone, discuss any concerns that you have and take both sides of the debate into account before making your decision.

Similarly, if your physician is not offering to prescribe progesterone, consider the reasons behind their stance before making a decision about your future care.

Can Over-the-Counter Progesterone Cream Prevent a Miscarriage?
5 Sources
Verywell Family uses only high-quality sources, including peer-reviewed studies, to support the facts within our articles. Read our editorial process to learn more about how we fact-check and keep our content accurate, reliable, and trustworthy.
Additional Reading 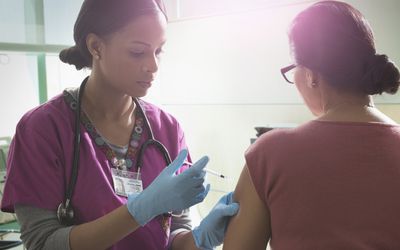 Can Recurrent Miscarriages Be Treated With hCG Injections? 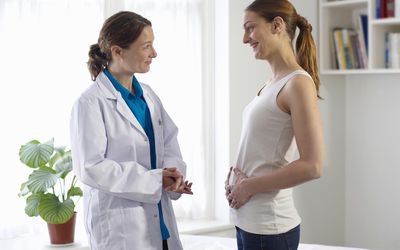 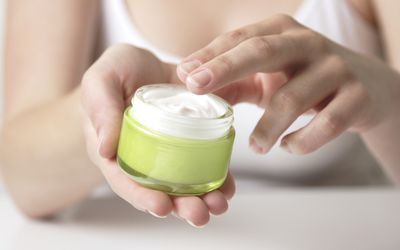