Because identical twins share the same genetics, you may wonder whether they have identical fingerprints. If you're writing a mystery novel or trying to solve a television whodunit by proposing there is an evil twin at work, you may have to find a different solution.

Identical twins do not have identical fingerprints, even though their identical genes give them very similar patterns.﻿﻿ The fetus begins developing fingerprint patterns in the early weeks of pregnancy.

Small differences in the womb environment conspire to give each twin different, but similar, fingerprints. In fact, each finger has a slightly different pattern, even for your own fingers.

Identical, or monozygotic, twins form when a single fertilized egg splits in two after conception. Because they form from a single zygote, the two individuals will have the same genetic makeup.

Their DNA is virtually indistinguishable. If your identical twin leaves DNA at a crime scene, the crime lab won't be able to tell the two of you apart with that evidence. However, fingerprint patterns are not entirely genetic characteristics.

This should be obvious because you don't have the same fingerprint on your left thumb as your right thumb even though you have the same genes coding for it. Just try to open your locked iPhone with Touch ID with the wrong finger. It doesn't work.

Each of your fingers has a similar pattern of whorls, loops, and ridges, but each is unique. The police take prints of all 10 fingers in order to match them to any found at a crime scene. A single finger won't do.

Scientists love to use this topic as an example of the old "nature vs. nurture" debate. Fingerprinting, along with other physical characteristics, is an example of a phenotype—meaning that it is determined by the interaction of an individual's genes and the developmental environment in the uterus.

The ultimate shape of fingerprints is believed to be influenced by environmental factors during pregnancy.﻿﻿ Nutrition, blood pressure, position in the womb and the growth rate of the fingers at the end of the first trimester all make a difference.

You will find similar patterns of whorls and ridges in the fingerprints of identical twins because those are coded in the genes. But there will also be differences due to environmental conditions, just as there are differences between the fingers on any individual's hands.

One hand or finger could be touching the amniotic sac. For this reason, the slight difference in pressure would produce different minutiae, the details of where skin ridges meet, end, or bifurcate.

The fingertip skin ridges are believed to form before the 20th week of pregnancy due to compressive stresses in the dermal cell layer of the fingers.﻿﻿

Researchers liken it to mountain-building by earth's tectonic plates. As the finger pad is raised, what would be flat, parallel ridgelines become whorls and loops, like contour lines of equal elevation on a map.

Then the pads regress during the time the ridges are forming and you get more complex patterns of arches, whorls, and loops. Irregularities result from subtle differences in the mechanical forces on each finger.﻿﻿

Fingerprints are similar between identical twins, but no two are the same. Now you can spot a plot error in a mystery book or movie that claims otherwise.

All About Identical Twins
4 Sources
Verywell Family uses only high-quality sources, including peer-reviewed studies, to support the facts within our articles. Read our editorial process to learn more about how we fact-check and keep our content accurate, reliable, and trustworthy. 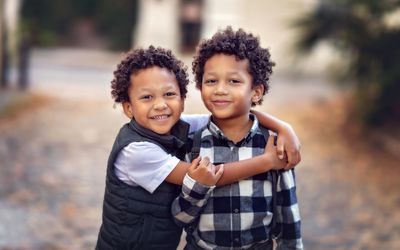 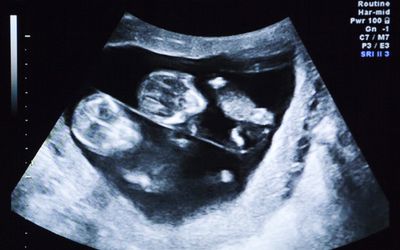 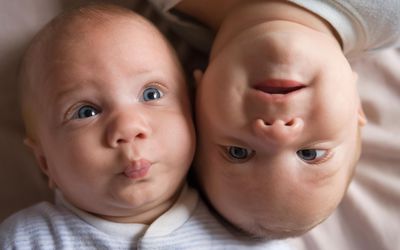 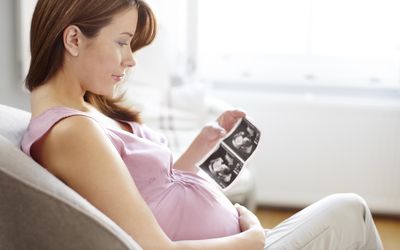 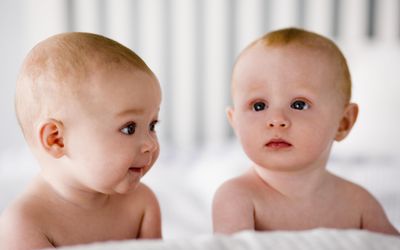 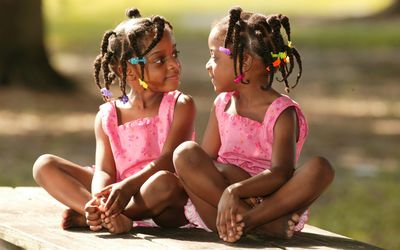