Can you get pregnant if you are already pregnant and would the result be twins? The term used to describe this situation is "superfetation." The babies are considered an unusual type of twinning.

Superfetation is the formation of a fetus while another fetus is already present in the uterus. Essentially, it describes a situation where someone becomes pregnant when they are already pregnant. It is believed that this is a very rare event.

Superfetation occurs when ova from two separate menstrual cycles are released, fertilized, and then implant in the uterus. Normally, once fertilization and implantation occur, physical and hormonal effects would make an additional conception impossible.

Hormones are the first barrier. They act to halt the process of ovulation and prevent the release of another egg from the ovaries.

The uterine lining also changes after one embryo has implanted, making further implantation difficult. Another physical effect of pregnancy, the mucus plug, makes it difficult for sperm to breach the cervix during intercourse.

Superfetation differs from the conception of typical twins, where multiple ova are released in a single cycle. This can happen naturally or be stimulated with fertility drugs. When more than one ovum is fertilized and implants in the uterus, the result is dizygotic (fraternal) twins, triplets, or other multiples.

Although two fetuses develop simultaneously in superfetation, they differ in maturity, having been conceived days or even weeks apart. Superfetation is observed in animal reproduction, but it is exceedingly rare in humans. Only a few cases are documented in medical literature.

Superfetation is suspected only when the twins are of different sizes and at different stages of development. It is typically noticed during a routine checkup on the ultrasound. However, it can be hard to distinguish whether this is a true case of superfetation or due to other factors.

Superfetation is different from superfecundation. This similar-sounding term describes twins conceived with sperm from two different sources. In superfecundation, conception of each fetus occurs on the same day or within a few days; the eggs are from the same menstrual cycle.

In 2016, Australian Kate Hill became pregnant with two babies and had only had unprotected sex once. She had been receiving hormone treatments for polycystic ovary syndrome (PCOS), a condition that decreases ovulation.

Doctors discovered that her twins were conceived 10 days apart and the fertilization was the result of just one ejaculation of sperm. What makes this case even more unusual is that it's generally accepted that sperm have a lifespan of around 5 days.

A case of superfetation in a triplet pregnancy was described in The Journal of Pediatrics in 2005. In this case, a 32-year-old woman became pregnant with the aid of fertility treatments. After two transferred embryos produced a twin pregnancy, a third fetus was discovered several months into the pregnancy and determined to be developing about three weeks behind the other two babies.

Most of the verified cases have been with twins that are only 10 days to three weeks apart, and the reported cases were usually safely delivered.

Verified cases of human superfetation are rare. While it may be an interesting phenomenon, it isn't one to worry about happening in your pregnancy. 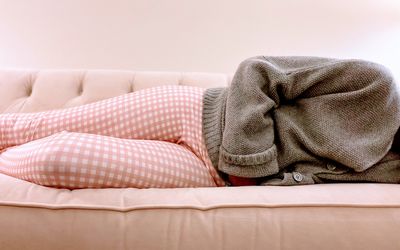