What Is Dry Drowning?

Dry drowning, also called secondary drowning, is a non-medical term that refers to acute lung injury caused by water aspiration. This type of injury develops minutes to hours after exposure and can progress to respiratory failure.

The term "dry drowning" is no longer used in the medical community, as it's considered misleading. There is no difference between dry drowning and drowning, so the preferred term is simply "drowning." We use "dry drowning" here, however, to describe drowning incidents in which symptoms don't appear until later.

Although the respiratory impairment may not be fully evident until later with "secondary" or "dry drowning," it still occurs and fits the definition of drowning.

According to the World Health Organization (WHO), children ages 1 to 4 have the highest rates of drowning, followed by children ages 5 to 9. In addition, males are twice as likely to drown as females.

Other risk factors for drowning include a lack of physical barriers between people and water and poor supervision of young children in the water. Risky behavior like swimming alone also contributes to drowning incidents.

One of the key characteristics of "dry drowning" is that initially after the drowning or submersion incident, the person appears to be fine. No CPR or other rescue attempts are necessary to revive them, and they may act completely normal. However, symptoms can appear much later after the incident.

In toddlers, dry drowning might be harder to spot than in an older child, because they may not able to communicate as well with you.

For example, a toddler or young child may not be able to tell you how they are feeling, so you have to look for signs and symptoms of drowning. These can include:

The lung injury caused by water immersion could also lead to pneumonia, which further reduces oxygen levels in the body. When oxygen exchange is impaired, a person's organs can eventually shut down. Recognizing symptoms as soon as possible is critical.

It's been estimated that "dry drowning" occurs in 2% to 5% of all submersion drowning incidents. If a person has had a drowning accident, it's important to have them evaluated by a doctor right away, especially if you notice signs such as trouble breathing or seeming abnormally tired.

To diagnose dry drowning, your healthcare provider will perform various medical tests to evaluate your or your loved one's breathing, including chest x-ray to find out if water is in the lungs and an O2 saturation test, which determines the oxygen level in the blood.

They will also check for causes of respiratory distress, including pulmonary edema. This is a condition in which fluid builds up in the lungs and causes difficulty breathing.

Doctors used to think that dry drowning was more likely to occur with fresh water. However, better technology has revealed that the type of water, fresh or saltwater, does not matter.

All types of water can damage the lung's surfactant, which can further impair gas exchange, as well as cause swelling in the lungs. If water is aspirated (breathed in), it can cause lung injury that may not show up until several hours or even several days later.

Dry drowning was also used in the past to describe individuals who drowned without actually seeming to ingest water. But the way that drowning occurs is that people aspirate a small amount of water first, causing a spasm that blocks off air circulation and leads to low oxygen levels, triggering the brain and heart to shut down.

So while it appears that those individuals drowned without actually ingesting a lot of water, we now understand that it doesn't take a lot of water to cause drowning.

Many organizations discourage the use of terms intended to describe different types of drowning, and instead define drowning as any "process of experiencing respiratory impairment from submersion/immersion in liquid."

According to the American College of Osteopathic Emergency Physicians, the following types of drowning are not official medical terms and should not be used:

The treatment for drowning will depend on the severity of the symptoms. For mild symptoms with clear lungs and normal oxygenation, a healthcare provider might suggest careful observation. In more serious cases, a person may need supplemental oxygen.

Since it can only take a minute or two for drowning to occur, the key to prevention is never swimming alone and constantly supervising children anytime they're near water, including during bath time or swimming in any depth of water.

Other tips to prevent drowning include not swimming at a beach or public pool if a lifeguard is not present and investing in swimming lessons for yourself and family members.

When swimming with toddlers, make sure to keep them within arm's length at all times. Pool areas should be fenced with closed gates at all times. When boating, everyone should wear life jackets.

It doesn't take long for a child who has gone underwater to drown, so it's important to be vigilant to keep your child safe. Anytime you are in or near water of any kind, follow safe swimming guidelines, which include keeping distractions to a minimum (no phones poolside). Following safety practices will ensure that your child has a safe and fun time in the water. 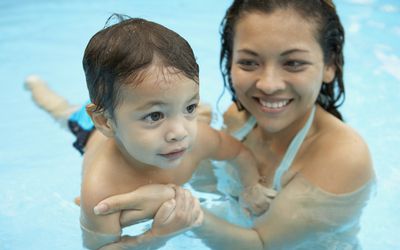 Swimming Safe With a Toddler 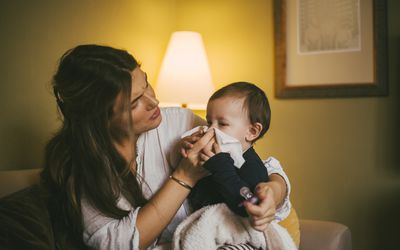 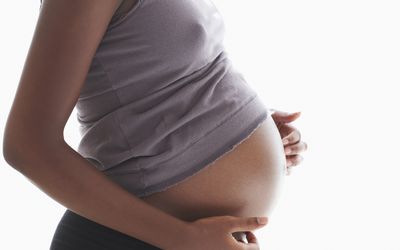 What Is HELLP Syndrome? 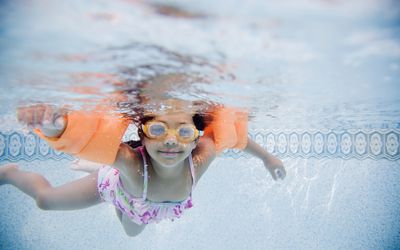 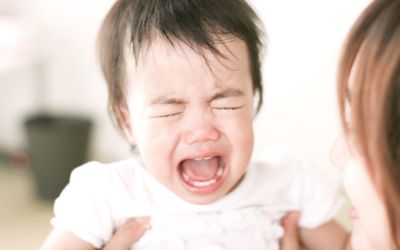 What Is a Diaper Rash? 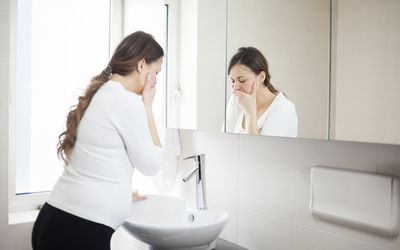 What Is Hyperemesis Gravidarum (HG)? 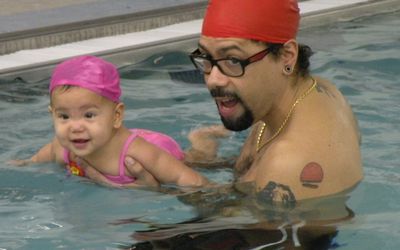 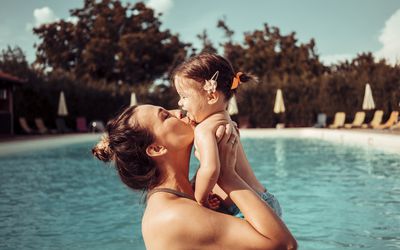 When Can My Baby Go in a Pool? 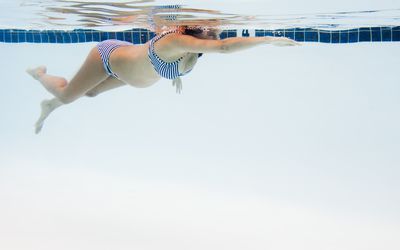 The Benefits of Swimming When Pregnant 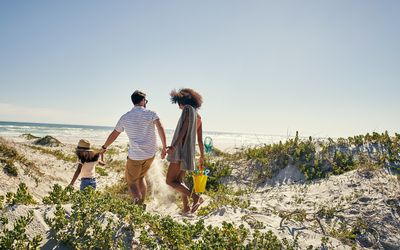 How to Teach Kids About Beach Safety 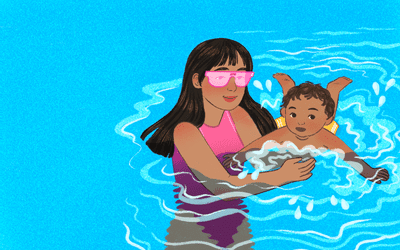 How to Teach an Infant to Swim