Teenagers who still want to take part in this glorious, sugar-filled Halloween tradition, as well as educators and psychologists, want parents to know that trick-or-treating isn't just about dressing up and getting piles of candy—it's also about creativity, autonomy, and respect. Verywell Family had the conversation about letting kids be kids as long as they can, so you as parents can decide what's best for your own family.

Is It OK for Teenagers to Trick-or-Treat?

From parents to experts, educators to kids, the answer to this question is a resounding "yes!"

"In fact [trick-or-treating] in certain situations may actually be better than other options teens have available to occupy their Halloween night," says Zishan Khan, MD, a psychiatrist with Mindpath Health. "Halloween can be a time for people to express themselves more freely."

It's harmless. If they're out trick-or-treating, they're not partying or getting involved with pranks that could lead to trouble. They're doing exactly what we want them to do...be kids.

"It's harmless. If they're out trick-or-treating, they're not partying or getting involved with pranks that could lead to trouble. They're doing exactly what we want them to do...be kids," adds Katie Parker-Riccio, a former high school teacher.

Holly Haeseler, a writer who has three teens, says her kids have always loved trick-or-treating. She says she would "literally never tell [her] kids they could no longer trick or treat." Haeseler's 18-year-old Willa says she still loves the candy, adding "I'm going to do it as long as I can."

The consensus seems to be that urging kids to stop taking part in this holiday tradition can actually do more harm than good—kids should be allowed to be kids. This goes especially for teens, who are always in such a hurry to grow up.

In fact, Dr. Khan explains that trick-or-treating may keep teens and tweens out of trouble. When not trick-or-treating, teens "may end up at parties where they may be exposed to alcohol or drugs or turn to mischievous behaviors, such as egging houses, toilet papering homes, stealing candy from kids, and smashing pumpkins or participating in other forms of destruction of property."

Truly, candy and costumes are a fun, easy, and safe alternative to these more "adult" activities.

Halloween Creativity and Socialization for Teenagers

Halloween isn't only about candy. It's also a chance for teenagers to get creative and show a different side of themselves, whether in how they dress or how they do their makeup.

"Being able to decorate their homes and think of creative ways to dress up can be very liberating for kids. It is also a way for a teenager to experience the nostalgia that is associated with trick or treating," Dr. Khan says. "As they grow older, teens can use this as a chance to make similar memories with their friends or their younger siblings."

Socially, trick-or-treating can be a wonderful experience for more introverted kids or kids with developmental disabilities.

Juli Henderson, the owner of In Our Arms Blog, had a son, Robert, who passed at 18 years old due to a rare mitochondrial disorder. Despite Robert's disabilities, Henderson spoke about Halloween and trick-or-treating as an incredibly creative and social opportunity for him.

"For him to see Halloween decorations in our home and in our community excited him and lifted his spirits," she explains. "It brought him so much joy especially because his cognitive ability was limited to a 2 or 3-year-old child. Inside his growing teenage body was a great capacity for enjoyment of all things involving costumes."

It was even more fun with Robert's sister, Victoria, who, Henderson says was always eager to help Robert prepare for trick-or-treaters. "She is three minutes older than Robert, and she delighted in seeing him fully embrace the holiday each year," she continues.

Halloween and trick-or-treating may look like fun and games, but it can be an inclusive event for kids who lack as large of a social network as some. "Those who are usually shy and uncomfortable around others due to feeling different and fearing they won’t be accepted for their personal interests or how they choose to dress can find that this night provides them an opportunity to come out of their shell and be themselves," Dr. Khan says.

As Robert grew less mobile, his social opportunities dwindled, Henderson explains. "Without trick-or-treating in our community, most of our neighbors would have never seen Robert or known him," she continues. "I sincerely believe he was included in our neighborhood, just like every other child, on Halloween in a magical way. It was the one day each year that he was really 'seen,'" Henderson says of her late son. "It was Robert's annual 'Day of Inclusion' that our family will always remember."

Haeseler agrees. One of her children is on the autism spectrum and trick-or-treating has been especially helpful for them—and a way for her family to meet their neighbors. Haeseler's daughter Willa agrees. "It helps me to connect to others in a tasty way."

Why Teens are Shunned for Trick-or-Treating

Despite the benefits of trick-or-treating for teens, many adults refuse to play along when they come to their doors. In fact, the YouGovAmerica survey found that "far fewer 45- to 64-year-olds (17%) and Americans 65 and older (14%) agree" that a child of any age should be allowed to trick-or-treat.

Willa, Haeseler's daughter, says that she has experienced some comments about her age. "I’ve gotten a couple of comments but I think it’s because I’m tall...but they still give me candy."

Dr. Khan explains that he sees bias against teens, specifically related to bad behavior—even if they haven't done anything wrong. "Teens tend to be discouraged from participating in the tradition of trick-or-treating due to age bias and unfair generalizations. Adults think that any child without supervision will ultimately get into trouble, which is not necessarily true."

"Teen years are hard because kids are in that awkward phase where they're not sure where they belong. We scold them for being immature and discipline them for being involved with adult things like drinking and sex. It's a mixed message," says Parker-Riccio.

There's no harm in teenagers wanting to dress up and collect candy especially if they're following the rules and enjoying Halloween. It can be another fun fall event to bring them closer to their parents and their friends. "Let’s not stereotype all teenagers," Dr. Khan insists.

What Age Should My Teen Stop Trick-or-Treating?

Teens, he explains, should not be made to feel ashamed of their fun traditions especially if they aren't hurting anyone. Nor is trick-or-treating "immature." In fact, it can be a fun way to access their childhood memories as a maturing person.

"Having interests that traditionally children tend to find enjoyable doesn’t mean someone lacks maturity or is unwilling to grow up," Dr. Khan explains. "As long as it isn’t endangering anyone, there is nothing wrong with not conforming to what society believes is age-appropriate behavior."

Parker-Riccio and Henderson agree. As Henderson emphasizes: "In my humble opinion... All ages and abilities are welcome!"

As parents, we want our tweens and teens to experience the joys of Halloween—and that means trick-or-treating! Teenagers who want to put on a costume should be allowed and even encouraged to be kids as long as possible...and to enjoy their candy while they can. Conversations around when a teen should stop trick-or-treating should come from the teen themselves. But make sure they know it's not "immature" to want to keep up their traditions.

Nut Allergies Add Additional Fright to Halloween Night
3 Sources
Verywell Family uses only high-quality sources, including peer-reviewed studies, to support the facts within our articles. Read our editorial process to learn more about how we fact-check and keep our content accurate, reliable, and trustworthy. 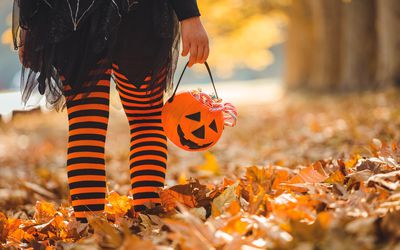 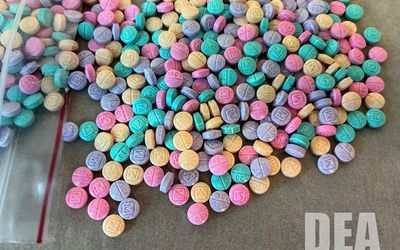 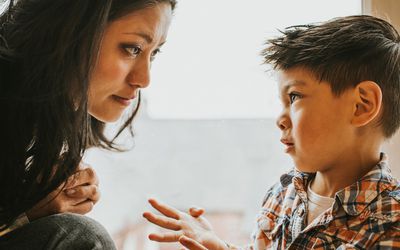 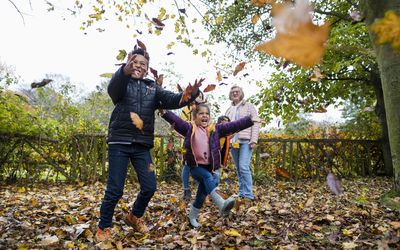 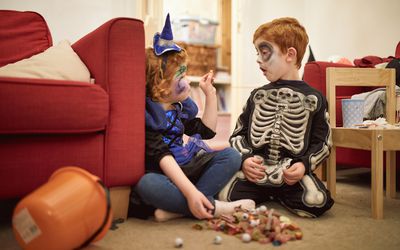 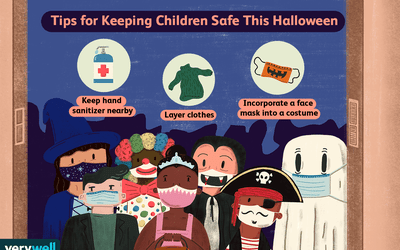 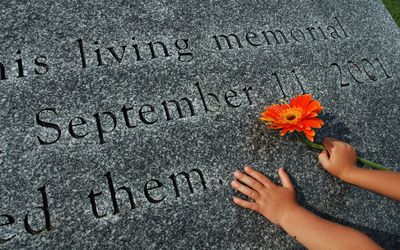 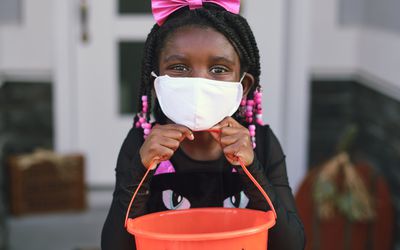 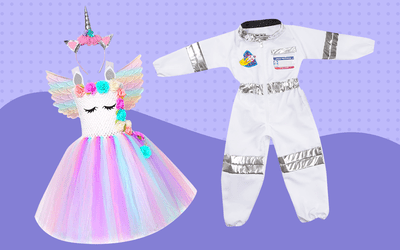 The Best Halloween Costumes for Kids of 2022 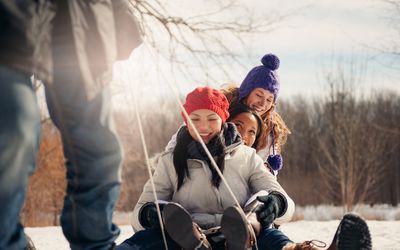 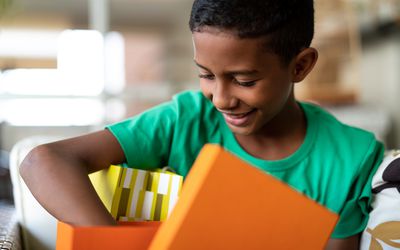 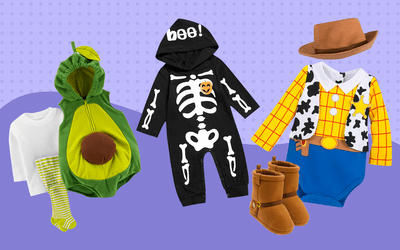 Trick or Treat: The Best Halloween Costumes for Babies 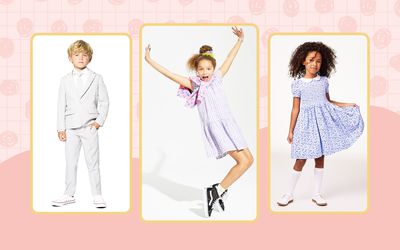 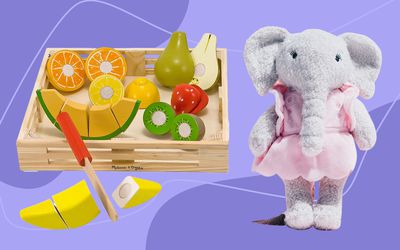