Sarah Garone, NDTR, is a freelance health and wellness writer who runs a food blog.

What Does Sarah Mean?

Ask anyone named Sarah what their name means and you’ll likely get an enthusiastic response: “Princess!” The name Sarah is indeed often translated as “princess”—though Sarah's more literal meaning in Hebrew and Persian is “woman of high rank.” You may also see the name Sarah interpreted as “noblewoman,” “lady,” or “happy.”

The first known Sarah was a major character in the Old Testament book of Genesis (and plays a smaller role the Quran). She was the wife of Abraham, the father of Judaism, and is herself considered the matriarch of the Jewish faith.

She is perhaps most famous for bearing a son, Isaac, when she was 90 years old. Her descendants through Isaac became the Hebrew people.

How Popular Is the Name Sarah?

For a classic name with enduring popularity, you can’t go wrong with Sarah. This biblical moniker has enjoyed a high ranking for girls in the United States since baby name records have been kept.

As far back as 1900, it ranked No. 37 in popularity, and in the intervening years has never dipped below No. 120. The name had a particular heyday in the 1980s and 1990s, when it consistently ranked 3, 4, and 5 on the Social Security Administration's list of most popular names.

Today, Sarah continues to sit relatively high on baby name charts. In 2020, the Social Security Administration listed it as number 87 for girls.

Although generally used as a name for girls, there is a record of baby boys named Sarah. At its highest rank in 1989, the name was ranked 823 among boys.

The name Sarah has been around for thousands of years. That’s a long time for it to find its way across the globe to multiple languages and cultures! Some of its variations include:

Other girls’ names of biblical origin include:

Other girls’ names beginning with S:

Common nicknames for Sarah include:

As a classically popular name, there’s no shortage of famous Sarahs (and Saras), both in history and the present. Here are a few notable people with these names:

By Sarah Garone
Sarah Garone, NDTR, is a freelance health and wellness writer who runs a food blog. 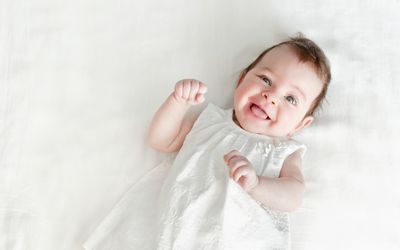