Screen time restrictions set by parents might not have much of an effect on their kids' technology use into adulthood, according to a new study.

Technology access and frequency of use in adolescence only weakly predicted time spent using technology in adulthood, according to the research, which was published in Advances in Life Course Research. Parental restrictions during childhood and adolescence didn't have a significant effect on tech use in adulthood.

"When interviewing parents of kids and teens, we heard that a major concern they had was that their kids would end up addicted to technology as young adults, especially if they weren’t vigilant enough as parents right now," says lead author Stefanie Mollborn, professor of sociology at the University of Colorado Boulder.

"We found that tech use in young adulthood is variable between individuals and depends more on young adults’ current social contexts than on what their lives were like earlier. This may be good news for parents."

What Affects Technology Use As People Age?

There's a growing body of research that examines how technology use among children and adolescents affects their physical and mental health and their psychosocial development. But there's less research into "whether a person’s immersive technology use during childhood and adolescence persists into adulthood," the study says.

To fill that gap, and to address parents' worries about tech addiction, University of Colorado Boulder researchers wanted to "explore how much technology use in early life shaped technology use later on," Mollborn says.

There were a few factors that did affect how much time study subjects spent using their tech. "Being enrolled in schooling increased tech use, and friends’ situations mattered," Mollborn says. For example, a study participant named Caleb described his previous heavy social media use, saying it was “how you showed that you had a life. …It was like social currency.”

Another participant named Kelly said she was against using the photo-sharing app Snapchat until her friends and dormmates pressured her into downloading it. Additionally, Mollborn notes that "young men used technology less than young women did overall, but they played video games more."

Though parental restrictions didn't affect technology use into adulthood, parents did have some impact on the study subjects' feelings about technology. "The young adults we interviewed felt positive or negative toward technology depending on the ways they had been parented," Mollborn says.

"Many of them used tech more than they thought was good during young adulthood, and they said their current situations (e.g. schooling, work, friends) made that necessary," she continued. "But their parents’ messages influenced how they envisioned using technology later in adulthood when they had families."

Should Parents Still Limit Their Kids' Tech Use?

Even if parents' restrictions on their kids' screen time don't affect their technology use as adults, there might be other reasons to monitor kids' use. A 2019 report in JAMA Pediatrics found that more screen time for children 24 to 36 months old was associated with poor performance on a test that measures developmental milestones like communication and problem solving.

One survey of 14- to 24-year-olds conducted in the U.K. also found that social media like Snapchat, Facebook, and Instagram increased feelings of anxiety and depression. However, the same survey also noted that social media allows young people to more easily find mental health support and build community, which can be particularly meaningful for LGBTQ+ youth and youth of color, for example.

While we know there are positive impacts for some screen time, such as children connecting with grandparents who are social distancing, we do know that there can be negative impacts if the screen time is excessive or not appropriate for the age of your child.

Bertha Kao, MD, a pediatrician with One Medical, encourages parents to help kids foster good habits, such as stopping screen time half an hour to two hours before bedtime and putting a phone in Do Not Disturb mode at night.

"Striking a balance between screen time and other activities can help prevent negative impacts," says Kao. "Negative impacts are common if the screen time is excessive, interferes with time for healthy play, or if it adversely affects the child’s emotions and interactions with others."

Warning Signs of Too Much Screen Time

In addition to fostering healthy tech habits in kids, parents should keep an eye out for signs that their kids might be overusing technology. Those include, according to Kao:

If a child or adolescent is overusing technology, have a conversation with them about it. Help children replace the screen time with another activity, and allow adolescents to help you come up with a solution. You can also check in with kids about whether cyberbullying is playing a role in their increased tech time.

The information in this article is current as of the date listed, which means newer information may be available when you read this. For the most recent updates on COVID-19, visit our coronavirus news page.

6 Sources
Verywell Family uses only high-quality sources, including peer-reviewed studies, to support the facts within our articles. Read our editorial process to learn more about how we fact-check and keep our content accurate, reliable, and trustworthy.
See Our Editorial Process
Meet Our Review Board
Share Feedback
Was this page helpful?
Thanks for your feedback!
What is your feedback?
Related Articles 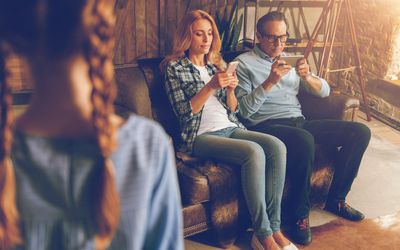 How Technology Gets in the Way of Parenting 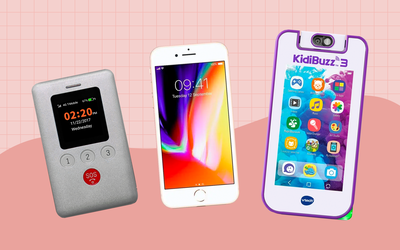 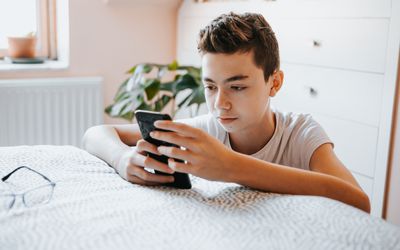 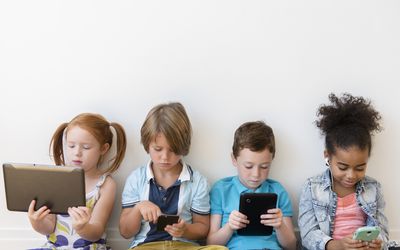 Reasons Why You Should Unplug Your Kids From Technology 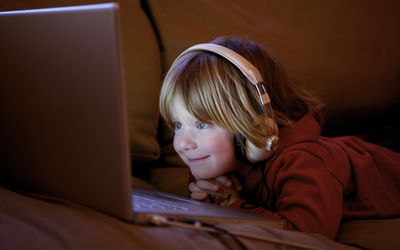 The Concerns About Kids and Screen Time