What Are the Causes of Recurrent Miscarriage?

Anatomical factors and clotting issues can play a role.

Recurrent miscarriage causes are not yet well understood by the medical community. There is much disagreement on which factors lead to miscarriages and on which possible causes ought to be treated. A few practices are relatively standard, while others are more controversial.

The exact mechanisms by which blood clotting disorders cause miscarriages are not yet well understood, but the primary condition in this category that doctors test for is called antiphospholipid syndrome. Hereditary thrombophilias, such as Factor V Leiden, have been implicated in late pregnancy losses.

You may find mention of other immune system-based miscarriage causes around the Internet, such as elevated Natural Killer cells or HLA incompatibility, but these factors are not widely accepted as miscarriage causes by the mainstream medical community.

Sometimes, recurrent miscarriages do have a chromosomal cause. Women (and men) older than 35 have a greater tendency to produce eggs or sperm with chromosomal abnormalities.

In other cases, one or both partners may have a balanced translocation or other silent chromosomal abnormality that gives the couple statistically increased odds of miscarriage in each pregnancy.

Medical practitioners can find a cause for a couple’s recurrent miscarriages only about half the time. The other half of the time, the cause is unknown. If you end up falling into this category, take heart. Studies have found that couples with recurrent miscarriage due to unknown causes have a 70 percent chance of eventually having a normal pregnancy.

It might seem unfair that you have to miscarry twice, or even three times, in order to get any kind of testing. But because the majority of women who have one miscarriage go on to have a successful subsequent pregnancy, doctors do not usually order tests after the first pregnancy loss. The testing can be expensive, and insurance companies do not always cover the cost of the tests.

In pursuing a testing workup, find a doctor whose judgment you trust. If your doctor tells you that you have to miscarry three times in order to get testing, remember that many doctors will run tests after two losses and consider finding a new doctor, possibly a specialist.

You may feel some trepidation over the idea of trying again after a loss. Try to take heart, however, in that a thorough testing workup should be able to ease your concerns. If test results reveal a problem, then you know about that problem and can treat it, thus improving the odds for your next pregnancy.

If tests don’t reveal a problem, at least you will be able to try again knowing that you don’t have a treatable medical condition that needs addressing.

7 Sources
Verywell Family uses only high-quality sources, including peer-reviewed studies, to support the facts within our articles. Read our editorial process to learn more about how we fact-check and keep our content accurate, reliable, and trustworthy.
Additional Reading 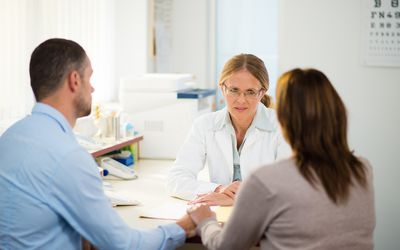 The Role of Parental Karyotyping for Diagnosing Recurrent Miscarriage 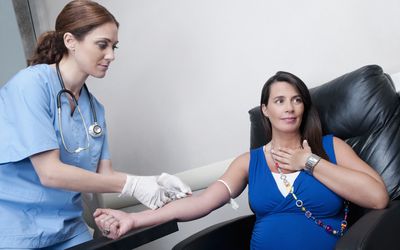