Mikhal Weiner is an essayist and journalist working and living in Brooklyn, NY. Her writing has been featured by Newsweek, Real Simple, Parents, Better Homes & Gardens, and Lilith, among other notable publications. With 70+ articles under her belt, she is proud to continue to share her insights on LGBTQIA+ rights, parenting, food justice, and more.

When Alex* was about six weeks pregnant, she woke up bleeding. Getting pregnant in the first place hadn’t been easy—she had been trying for many months when her home test finally came back positive. Alex began to feel the tell-tale signs of early pregnancy. “Honestly, the nausea and exhaustion was a relief,” she said, “like my body was finally doing what it was supposed to do.” But seeing the blood at six weeks made her heart drop.

It wasn’t a lot of blood, though, and she knew that spotting was pretty common in early pregnancy. Still, Alex called a friend—a registered nurse in a fertility clinic—to ask. Then she called her midwife. Then she sat down and cried. Neither professional had definitive answers to give her.

“Basically, the answer was to wait and see,” Alex recalls. It was too early to detect an embryo on an ultrasound, so the only option was to test for levels of Human Chorionic Gonadotropin (hCG), a hormone produced by the placenta to ensure sufficient production of progesterone during pregnancy.

Alex went in for one blood test the day she started bleeding, to be followed by another three or four days later. If her levels of hCG went down, it meant she was no longer pregnant. “My friend, the RN, said that if I was cramping as well as bleeding it was probably a miscarriage but only the blood test could be definitive. So it became a waiting game,” Alex says.

That waiting game is one step closer to ending with a new test from Yale Medicine. Researchers say this test can detect a miscarriage almost immediately. It's already available in mid-sized hospitals across the country.

*The mother we interviewed, "Alex," is using a pseudonym in the interest of privacy.

An Overview of Miscarriage

The most visible symptom of miscarriage is bleeding, which is also common in the early weeks of a healthy, developing pregnancy. Many pregnant people experience what’s known as spotting during the first weeks of pregnancy. But it doesn’t always mean anything is wrong.

“The diagnosis of miscarriage [usually] starts with an ultrasound exam,” says Kate White, MD, an associate professor of obstetrics and gynecology (OB/GYN) at the Boston University School of Medicine and vice chair of academics at Boston Medical Center. “Sometimes the diagnosis is easy to make, when an embryo or fetus is seen without cardiac electrical activity, or if the pregnancy sac is large but no embryo is seen inside. But it may be trickier to make the diagnosis.”

If a medical provider suspects a loss of pregnancy, says Dr. White, the best course of action is to schedule sequential blood tests to check hCG levels, just as Alex did. Once this definitive result comes back, the patient and their medical team can decide on the next steps.

What Do Miscarriage Statistics Really Mean?

Now there's a new way to diagnose miscarriage faster. In recent years, Dr. Amir Mor and Dr. Hugh Taylor have led a team at Yale Medicine, in collaboration with GENESIS Fertility and Reproductive Medicine, to develop a test that can provide same-day answers to pregnant people who are experiencing troubling symptoms.

With so much heartbreak on the line, having a quick answer may save a pregnant person many days of uncertainty. “It’s such a stressful condition, which is why it’s just so important to give [patients] clarity without multiple blood tests and ultrasounds,” says Dr. Hugh Taylor, chair of obstetrics, gynecology, and reproductive sciences at Yale School of Medicine. “This gives them and their physician a quick, clear-cut answer immediately.”

The premise is simple: Instead of testing for levels of hCG, physicians test for a plasma protein known as Alpha Fetoprotein, or AFP. This protein is only produced by the embryonic yolk sac and the fetal liver. In other words, if the fetus or embryo is safely enclosed in the uterus, AFP should be barely present, if at all, in a pregnant person’s blood. On the other hand, high levels of AFP in maternal blood means the patient is almost certainly undergoing an active loss of pregnancy.

“In medicine, there’s no such thing as 100% definitive testing,” says Amir Mor, MD, PhD, founder, and director of Mor Fertility and an adjunct associate professor at Yale School of Medicine. “But if this test result is positive I would say there’s a 95% chance it’s a miscarriage.”

In medicine, there’s no such thing as 100% definitive testing. But if this test result is positive I would say there’s a 95% chance it’s a miscarriage.

There are some skeptics about the new test. Dr. Alex Polyakov, associate professor at the University of Melbourne and senior OB/GYN and fertility specialist, calls it “highly experimental.” He says he wants to see the research replicated by other studies.

Another OB/GYN from Columbia University Fertility Center says any additional tools to determine whether a miscarriage is happening are valuable. But Ashley Wiltshire, MD says you still have to be careful.

"When diagnosing a miscarriage, it’s much more important to be right than to be fast," says Dr. Wiltshire. "You really need to be certain when telling a woman that she has had a loss, and you don’t want to risk even a few percent of a chance that you could be giving a wrong diagnosis."

Dr. Wiltshire adds that while testing AFP could support a miscarriage diagnosis, she continues to rely on ultrasounds and testing hCG levels to provide the highest degree of certainty.

“As doctors, we are always skeptical,” says Dr. Mor. “So we invite everybody to replicate our data. Dr. Taylor and I spent many hours examining the test in extreme conditions to see that we still keep on getting the results we’re looking for.”

Minimizing Uncertainty for Doctors and Patients

With the current method of determining whether a miscarriage is occurring, the days and weeks it takes for diagnosis can be heartbreaking. Losing a pregnancy is an emotional rollercoaster—and a common one at that.

“Many people mourn a wanted pregnancy with feelings of sadness, loss, and isolation," says Dr. Carly Snyder, a reproductive and perinatal psychiatrist with a private practice in New York City. "People may be resentful of friends and family who seemingly conceived and carried a pregnancy easily, and may feel guilt, though a miscarriage is never one’s fault.”

According to the ACOG, up to 17% of pregnant people between the ages of 20-30 will experience a miscarriage. At age 35, that number jumps to 25%, and at age 40 to 40%. Dr. Snyder attributes much of the psychological burden to the fact that our society views miscarriage as 'maternal failure,' evoking feelings of guilt and shame.

“[People] frequently feel very alone and isolated after a miscarriage, and rarely realize how many other[s] have experienced something similar,” she says. “Sharing one’s miscarriage provides the opportunity to be supported by others.”

Ways to Cope with Guilt After Miscarriage

According to Dr. Mor, hundreds of thousands of people seek emergency care for vaginal bleeding during pregnancy in the United States each year. “Many times ER doctors don't have any prior information—they need to evaluate [patients] from zero. This test can be very helpful in an emergency department setting, doctor's offices, labor and delivery triage, and more.”

While the new test won't relieve isolation and grief, it will shorten the period of uncertainty before a diagnosis of either a nonviable pregnancy or an ectopic pregnancy. That's when the fetus doesn't implant in the uterus and if left untreated, it poses a significant risk to the pregnant person.

“[If I had a patient who was pregnant] and bleeding for weeks, I would not treat her if I were in Texas without this test and that means delaying care for quite a while," says Dr. Mor, "The test proves that the pregnancy isn’t viable, so I can proceed with interventions and decrease chances of infection, sepsis, and blood loss with no legal liability.”

The Genetics of Recurring Miscarriage

Drs. Mor and Taylor now have a new project on the horizon—finding a genetic marker for recurring miscarriage. “It’s a big, multi-site study where we're looking at [people] who've had two or more miscarriages to see if there’s a genetic predisposition that might make them prone to that,” says Dr. Taylor.

The team will sequence the entire genome of the fetal tissue and both biological parents in order to see if there’s anything that stands out as a possible cause. “We still don't know a lot about the genetics of pregnancy loss, so the aim of this study is to identify single gene disorders that may be actually common causes of pregnancy loss.” The results of the study are still a few years out, but both Drs. Mor and Taylor expressed confidence in the potential of the prospective findings.

Doctors from Yale Medicine have developed a test that can faster predict whether a pregnant person is having a miscarriage. The new test is already available at some mid-sized hospitals. This immediate information will allow doctors and patients to make quicker decisions about necessary treatment. If you are pregnant and experiencing bleeding, this could be normal in early pregnancy. But if you are concerned about a possible miscarriage, please reach out to your healthcare provider.

By Mikhal Weiner
Mikhal Weiner is an essayist and journalist working and living in Brooklyn, NY. Her writing has been featured by Newsweek, Real Simple, Parents, Better Homes & Gardens, and Lilith, among other notable publications. With 70+ articles under her belt, she is proud to continue to share her insights on LGBTQIA+ rights, parenting, food justice, and more. 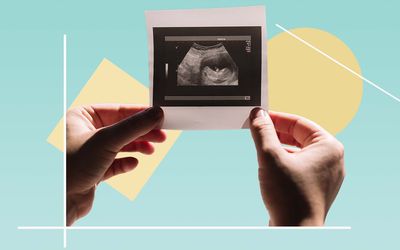