Naomi is a common Jewish name of Hebrew origin that can be found in the Old Testament. Naomi is Ruth's mother-in-law in the Hebrew Bible. The name of Naomi is considered symbolic and often bestowed upon girls on Shavuot when the story of Ruth is read in the synagogue. Naomi also means "pleasant one," "above all," and "beauty." Interestingly, Naomi has separate Japanese origins as a unisex name meaning “straight and beautiful.”

How Popular Is the Name Naomi?

The given name Naomi has become more widespread since the 20th century. Naomi is the 52nd most popular girls name in the U.S., according to 2020 Social Security Administration data. The name Naomi has remained in the top 100 since 2010.

According to the Social Security Administration, Naomi was at its peak popularity in 2020. Naomi is also a popular name in Israel, ranking at No. 31. The name ranks No. 75 in the Netherlands.

Other girl names starting with N:

Common nicknames for Naomi include:

Notable people named Naomi include actors, singers, authors, and athletes. The name and its variations have also popped up on the big and small screens. Naomi Judd is an American country music singer and actress. She has been nominated for 10 Grammys and took home six. Additionally, "The Judds" were an American country music duo composed of Naomi Judd and her daughter, Wynonna Judd. They released six studio albums.

Naomi Campbell is a British supermodel, actress, and businesswoman. She was discovered at the age of 15 and established herself as one of the most recognizable and in-demand models of the late 1980s, 1990s, and the earlier 2000s. She appeared in many movies and television series including, "I Feel Pretty," "Zoolander 2," "Ugly Betty," "American Horror Story," and "Making the Cut," a fashion designer competition series. 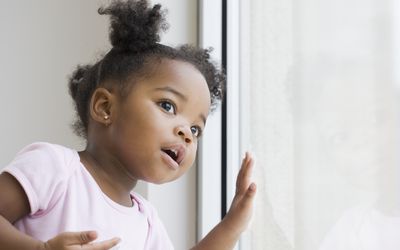