Luca is derived from the Latin name, Lucas, meaning “bringer of light.” Some people also believe the name may be derived from the Latin word, “lucus” which means “sacred wood.” In Italy, the name is thought to mean “man from Luciana,” a reference to an ancient district in southern Italy. The biblical figure, Luke, has also made Luca a popular Christian name.

How Popular is the Name Luca?

While the name Luca has Latin and Italian origins, there are variations from other cultures you may want to consider.

If you like the name Luca, consider these similar names:

If you are considering naming your baby Luca, here are a few complimentary sibling names:

If you are wondering who else might share a name with your baby, here are some of the most famous people named Luca: 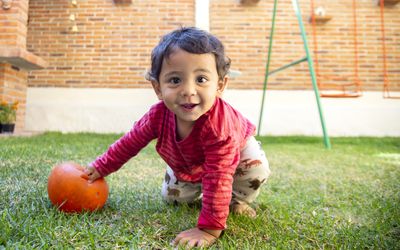