Leah Campbell is a full-time parenting and health writer and has written extensively on the topics of infertility, adoption, and parenting. She is a single mom by choice and author of the book "Single Infertile Female."

What Does Leia Mean?

The name Leia has a few different variations and meanings. In Hebrew, it means "weary," though it could also be translated as "languid, relaxed." In Hawaiian, it means "child of heaven" or "heavenly flowers." In Assyrian, it means "mistress." And in Latin, it means "lioness."

Regardless of meaning, the name Leia is most often recognized because of the "Star Wars" films, in which it was the name of Princess Leia, one of the franchise's main characters.

How Popular Is the Name Leia?

Prior to 1978, the name Leia hadn't appeared on the list of top 1,000 baby names in the United States since at least 1900. But the first Star Wars movie was released in 1977, and the name made its debut at number 911 the following year.

There are a few different variations and spellings of the name Leia:

Other girl names that start with ‘L’:

Some names that may go well with Leia are:

By Leah Campbell
Leah Campbell is a full-time parenting and health writer and has written extensively on the topics of infertility, adoption, and parenting. She is a single mom by choice and author of the book "Single Infertile Female." 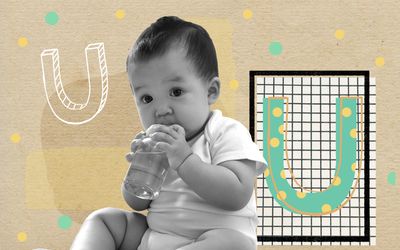 30 Baby Names That Start With the Letter "U"