Sarah Bradley
Sarah Bradley is a freelance health and parenting writer who has been published in Parents, the Washington Post, and more.
Learn about our editorial process
Fact checked by Daniella Amato

What Does Jacob Mean?

Jacob is a classic and popular boy name. It comes from the Old Testament and means “supplanter,” which is often interpreted as someone who seizes, circumvents, or usurps.

In the book of Genesis, the twins Jacob and Esau were born to Isaac and Rebecca; Esau came first, making him the first-born son. When Jacob was born he was holding onto Esau’s heel. This foreshadows two future Biblical events where Jacob usurps or seizes Esau’s birthright as the first-born son.

How Popular Is the Name Jacob?

A decade ago, Jacob was an extraordinarily popular name: it sat in the number one spot for 13 years from 1999 to 2012. It slipped to spot number two in 2013 and then began to slowly drop down the charts. At the height of its popularity in 2012, nearly 1% of all male babies born that year were named Jacob.

Jacob was ranked in 2020 as the thirteenth most popular name for boys in the U.S., proving it’s still a fan-favorite among parents looking for a strong but traditional boy name. However, the intense popularity of Jacob for more than 10 years has probably left some newer parents feeling oversaturated by the name and looking toward alternatives.

Prior to 1999, the name enjoyed some popularity in the mid-1970s, when it moved from spot number 122 down to 87 on the popularity charts and kept advancing from there.

There are many translations of the name Jacob in several other languages, including some stemming from its Hebrew origins.

Common nicknames for Jacob include:

Potential sibling names could include:

Despite how popular the name Jacob is with Americans, there aren’t many famous people with the name or its common variations. However, there are a few. 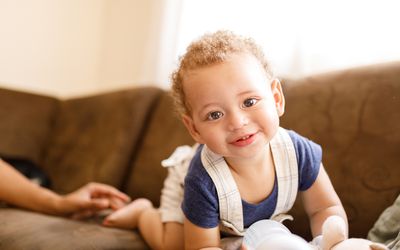