Amanda Rock
Amanda Rock, mom of three, has spent more than a decade of her professional career writing and editing for parents and children.
Learn about our editorial process
Medically reviewed by Ann-Louise T. Lockhart, PsyD, ABPP

It happens to even the best parents, usually at the worst times. In the doctor’s office. In line at the grocery store. In the middle of a playdate. The dreaded temper tantrum can occur at any time and often without warning.

Upsetting to a child and embarrassing for a parent, temper tantrums are a normal part of a young child’s development. A preschooler’s temper tantrum often stems from frustration — not being able to properly express themselves, unhappiness with the current situation or even just being too tired, hungry or bored.

The key to handling temper tantrums is to not feed into it — if you can keep your cool, it’s likely your child will calm down faster.

If you are past the point of not allowing a tantrum to start, here’s how to stop temper tantrums:

Why Do Kids Have Temper Tantrums?

Although slightly more common in the toddler years, many preschoolers still have tantrums, much to the dismay of the adults around them. The most common ages for a tantrum are one through three, although anyone can have one (even grown-ups!). And though some may stem from outright rebellion, many tantrums occur due to a frustration of some kind. Embarrassing and upsetting for everyone involved, (especially if it occurs in public) a tantrum is the way a child may react when they are trying to assert their independence, but something is hindering it. There are lots of scenarios for tantrums to arise:

Some children will rarely have tantrums while others could have them a few times a day. There's no clear-cut reason why this happens, but childhood development experts suspect a number of different factors, including the child's age, stress levels, his general disposition and health issues both diagnosed and undiagnosed.

You should also consider your own behavior. Do you give in to your child’s demands easily or are you very stern?

Some studies have found that often a child has a tantrum in reaction to how a parent responds to a situation, whether it's saying yes or no to buying a piece of candy at the grocery store or when a child asks for a few more minutes at the playground.﻿﻿

What to Do When Your Child Has Had Enough

There are a couple of schools of thought on handling the tantrum and which you choose will depend on where you are one what type of kid you have.

What you shouldn't do: yell back at your child or try to reason with him. While your child in the middle of an emotional outburst, there is no way to get through to him. You just have to wait until it is over.

If the tantrum is in a public place, pick her up and bring her to a more private location like your car or a public bathroom. If you can’t get the tantrum under control, put her into her car seat and go home. Unfortunately, there are some instances where you just can’t leave, such as an airplane or a train. Just do your best and grin and bear it. Others might be annoyed but your child is your concern, not anyone else.

If your child starts to bite, kick, spit, hit or show some other aggressive behaviors, you must take action immediately. Remove the child from the situation until she can calm down.

When the tantrum is over, don’t dwell on what happened as upset or as angry as you may be. Going over what happened, again and again, will most likely upset your child and could cause them to begin to tantrum again.

Instead, give her a hug and a kiss and move on. If you feel like you need to talk about it, wait a few hours when you are both calmer.

The good news is, this stage won’t last forever. As your child matures and learns how to better express himself, she’ll learn how to handle her emotions.

5 Parenting Mistakes That Make Temper Tantrums Worse
2 Sources
Verywell Family uses only high-quality sources, including peer-reviewed studies, to support the facts within our articles. Read our editorial process to learn more about how we fact-check and keep our content accurate, reliable, and trustworthy. 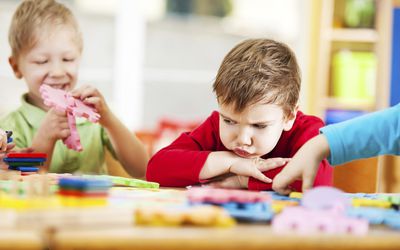 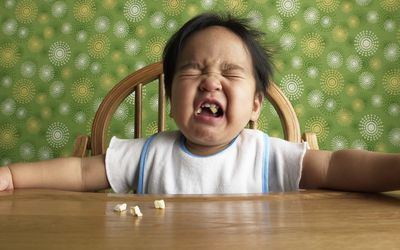 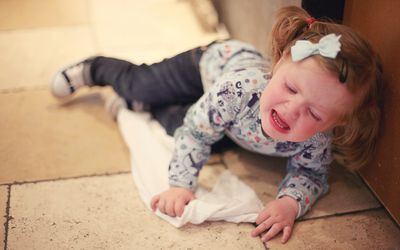 Can a Temper Tantrum Hurt My Toddler? 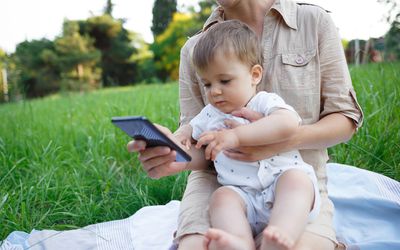 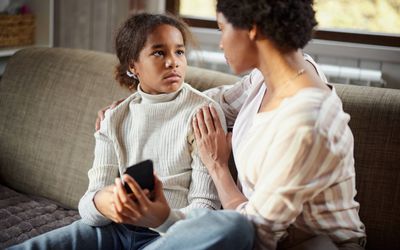 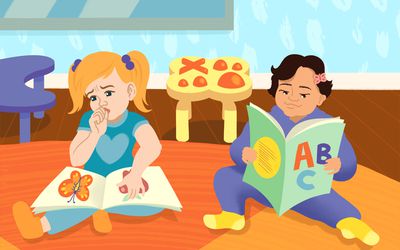