How to Avoid Power Struggles With Children

Strategies to stop the arguing and gain compliance

A power struggle is when a child refuses to do something and the parent continues to insist on the child “Do it now.” The ongoing banter can become a battle of the wills as the parent says, “Yes,” and the child says, “No.” The longer this argument carries on, the more difficult it becomes to get the child to comply. There are steps parents can take to regain control and end power struggles.

There are a few problems with power struggles. One problem is that the more you argue or try to force the child to do something, often the more tempers flare. When you and your child are both frustrated and angry, you aren’t likely to be able to accomplish anything.

When kids can engage you in a power struggle, it often delays their task. For example, if you tell your child to clean his room and they argue with you, the longer they argue, the more time they are wasting not cleaning their room. Sometimes, kids enjoy pushing their parent’s buttons in an attempt to get out of doing things.

Lastly, when adults enter into a power struggle the goal is to win. Winning means getting a child to do something they don’t want to do. Sometimes the more desperate a parent becomes to get a child to comply, the more resistant the child grows.

When children are forced to do something they don’t want to do, they often focus more on their anger toward their parents rather than learning a lesson.

Consider allowing your child to face natural consequences.﻿﻿ Sometimes, stepping aside and letting nature run its course is the best thing you can do.

For example, if your 10-year-old is refusing to put on their jacket before they play outside, it may not be worth arguing about. Unless it is dangerously cold, you might consider allowing them to go out without a jacket and the natural consequence is that they will be cold.

If you find yourself engaging in frequent power struggles over the same issue, try to problem-solve together. Look for a mutually agreed upon solution that will end the power struggle.

For example, consider a parent who insisted their teenager’s room be cleaned daily. However, the teenager felt it was unreasonable to clean the room daily and they argued about this issue almost every day. Eventually, they problem-solved together and reached a compromise. Their mother agreed to keep her teenager’s door shut during the week and the teenager agreed to clean their room every weekend. It stopped the fighting and their relationship improved.

There are steps parents can take to increase the effectiveness of their instructions. For example, state your expectations clearly and make your requests calmly.

When possible, offer two choices. Just make sure you can live with either choice. For example, if you want your child to put his clothes away and he’s watching TV, say, “Would you rather put your clothes away now or do you want to wait until a commercial break?” Either choice will get the job done. But for a defiant child, it can seem like a victory to be able to wait until the next commercial break.

Sometimes it’s necessary to provide a negative consequence. Instead of arguing or trying to force a child to do something, stay calm and issue a single warning.﻿﻿ If your child doesn’t comply, a consequence such as taking away a privilege can be very effective.

Don’t provide multiple warnings or repeat your instructions over and over. Simply make it known: “You can comply or you can lose a privilege.” Then, leave the choice up to the child.

For example, instead of nagging, arguing, or begging your child to go to bed, provide a warning. Say, “If you don’t go to bed now, you will lose your electronics for 24 hours.” If your child doesn’t go to bed, they lose their electronics and there’s no arguing about it. If they continue to stay up, the natural consequence is that they’ll be tired tomorrow.

For younger children, taking away a privilege can be a great back up to time out. If your child refuses to serve time out, instead of trying to force them to do so, give them a warning. “If you don’t go to time out right now, you won’t be able to go to the playground later today.” Then, leave the choice up to them.

Don’t threaten to take away anything that you wouldn't follow through with doing. For example, don’t say you’ll take away their trip to Grandma’s house this weekend unless you really plan to take that away. If you make idle threats and don’t follow through you’ll be teaching your child that you don’t mean what you say.

10 Signs You're Raising a Strong-Willed Child
2 Sources
Verywell Family uses only high-quality sources, including peer-reviewed studies, to support the facts within our articles. Read our editorial process to learn more about how we fact-check and keep our content accurate, reliable, and trustworthy. 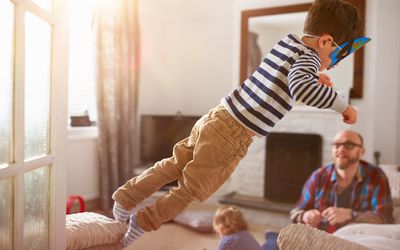 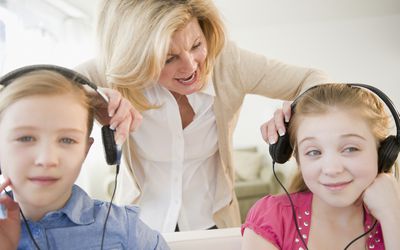 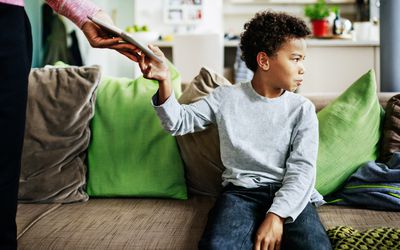 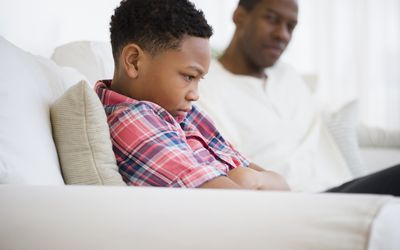