Learn how kids are abusing the latest technology

In the last three decades, technology has revolutionized teen life. Unlike years ago, they have information at their fingertips and connect to people worldwide in a matter of seconds. What's more, kids have embraced technology and are often more skilled at using it than the adults in their lives. These technological advances have some wonderful benefits for academics and socialization, as well as huge drawbacks.

Not all teens use technology how it was intended, nor do they always have proper digital etiquette. Some have embraced it (intentionally or not) as another tool for bullying.

Speed pimping occurs when young teen drivers attempt to trick speed cameras or red light cameras by creating fake license plates that can be traced back to a peer’s or a teacher’s license plate. To accomplish this, teens duplicate the license plates by printing a template on a sheet of glossy paper using the same license plate font as the one they are replicating. After attaching the paper to their license plate, they purposefully speed or run a red light in front of the cameras. This results in a citation being mailed to the person with the actual license plate number. The speed and red light cameras are not sensitive enough to pick up the differences between paper license plates and the real things. About the only thing the victim can do is point out that the car with the plate in the photo is not the same car that the plate is registered to.

This term was made popular by Internet trolls after Canadian teen Amanda Todd committed suicide. Instead of mourning her death or feeling regret for their actions, many of the bullies in Todd’s life began posting cruel messages on her Facebook page. This created a great deal of pain and anguish for her family and friends. Unfortunately, this practice is not uncommon.

Sometimes when young people have been bullied to the point of suicide, the bullies in their lives still do not relent, nor do they feel empathy for those suffering from the loss. Instead, they post on an account that has been memorialized and bring even more pain into the lives of the victim’s family.

These practices involve swiping photos from a person’s social media page and reposting them with comments that shame and ridicule the person in the picture. The shaming includes everything from slut-shaming and fat-shaming to public shaming.﻿﻿ Although the practice primarily occurs among girls, anyone can be a victim. It is sort of like a really mean game of “write a caption for this photo.” To make matters worse, some photos go viral. Additionally, some social media pages are specifically devoted to teen shaming activities with bullies trying to outdo one another with cruel comments about others.

In a cyberbaiting incident, students taunt their teachers to the point of an outburst. Then, they capture the teacher’s reaction on video and post it for others to see. Globally, one in five teachers has been a victim of cyberbaiting. Aside from being humiliated, some teachers are losing their jobs over the videos because they were unable to keep their composure.

SWAT-ing occurs when kids attempt to fool an emergency service into dispatching an emergency response team, such as a SWAT team. The callers use services like Spoofcard to disguise the origin of the call, change their voices, and sometimes even add background sound effects.

Although the trend is to SWAT celebrities, bullies have realized that they can also target ordinary, everyday people, including their peers and teachers.

Even bullying advocates are being targeted. For instance, Parry Aftab, a cyberbullying expert, was a victim of SWAT-ing.

This form of cyberbullying originated in the U.K. and involves teens using a camera phone to videotape a bullying incident. Typically, the bullying includes one or more kids slapping, hitting, kicking, or punching a victim. Then, the videotape is downloaded and posted to YouTube so that a broader audience can view the bullying. Sometimes, kids will share videotaped bullying through mass text messages or e-mails. The goal of sharing the incident is to further humiliate and embarrass the victim.

8 Motives Behind Why Kids Cyberbully
2 Sources
Verywell Family uses only high-quality sources, including peer-reviewed studies, to support the facts within our articles. Read our editorial process to learn more about how we fact-check and keep our content accurate, reliable, and trustworthy. 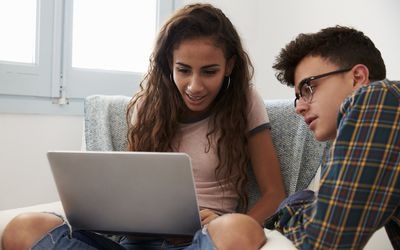 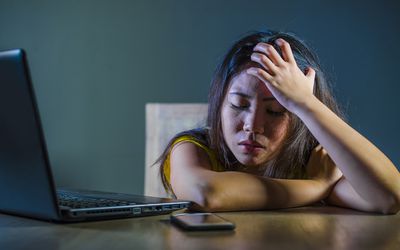 Understanding the Legal Ramifications of Cyberbullying 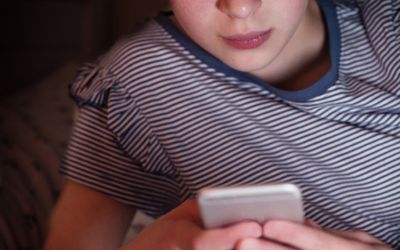