As it turned out, there was no week 37, 38, 39 or 40 in my second pregnancy. My baby boy, Julian Hector, joined his big sister Liv about a month early after an unplanned Cesarean section. During the course of this pregnancy, we’d navigated through a chromosome disorder diagnosis, I'd undergone treatment for HELLP Syndrome (for a second time), and ultimately Julian had been freed from the umbilical cord that had been wrapped around his neck and affecting his heart rate during labor. We had survived. And in the days and weeks that followed our arrival home, I would slowly try to unpack all that had occurred.

The C-section changed my body in ways I could have never previously imagined. I had a vaginal delivery with my first child. This time around, my recovery was harder. Way harder. Sure, I didn’t feel any pain when they removed Julian from my lower half. But afterward, I was in some serious pain.

Walking the four steps between my wheelchair and the hospital bed sent such pain through my body that it literally took my breath away. When I got home from the hospital a few days later, I thought I could tough it out. But that first night, as I collapsed into my bed and struggled to pull the blanket over my shivering body, I started to cry. Every part of my body ached, and I was just so tired.

I cried, and I cried, and then I asked my husband to hand me the pain medications my doctors had prescribed me. I think I was trying to prove something by refusing them when I got home. Maybe I was trying to prove that I could handle the pain, and therefore handle being a parent of two kids. Somehow I had conflated the two ideas in my head, and it was a mistake. As I felt the medication take effect, I stopped crying and fell into a long, solid sleep.

Maybe I was trying to prove that I could handle the pain, and therefore handle being a parent of two kids. Somehow I had conflated the two ideas in my head, and it was a mistake.

The next day, I continued to take the medications as prescribed, and that helped my physical recovery from the C-section. I also took it very easy on myself this time around: If I felt like staying in my pajama bottoms, made of the softest Modal fabric, then I stayed in them all day. If I wanted to lie down on the ground in Child Pose and just practice deep breathing for 10 minutes while my baby snoozed in his basinet, then I left the dishes in the sink and did just that.

These were little indulgences that I allowed myself, but to me, they made a world of difference in my self-care. For maybe the first time in my life, I was showing my body some appreciation and pampering for all it had done for me.

A few weeks later, I remember looking down at my delicious little baby as he relaxed on a lounging pillow. He had arrived early, but he looked strong and alert. He was growing well, drinking and digesting his formula, and sleeping several hours at a time at night. It still felt like such a relief seeing him in front of me, happy and well. It lifted my spirits, which were lagging in a fog of fatigue.

One day, my mother came to our house for a visit. I asked her, “Will I ever feel normal again? Will I ever not be tired again?” She assured me that it would all take a bit of time, but that yes, I would feel normal again one day. I hoped, rather than believed, she was right.

In those first few months after Julian was born, my husband and I were hands-on with both of our babies. And we tried our best to make Liv feel a part of her new little brother’s daily life. We let her watch us feed him, change him, and bathe him.

But we also made sure to carve out special times just for her. I think it was around this time that we started our Friday Movie Night tradition: After we put Julian to sleep, we would let Liv stay up a little later with us to watch a movie and have a homemade sweet treat. It’s a tradition that continues to this day, and it brings us all a dose of comfort.

How to Prepare Your First Child for a New Baby

The day before my maternity leave ended and I had to return to my New York City publishing job, I took a hot yoga class. There was something about the muscle-soothing heat and constant stretching that really helped me breathe and ease back into my body.

I stared at myself in the studio's full-length mirrors when the class was over. My body looked different. I couldn’t believe two babies had come out of it.

I stared at myself in the studio's full-length mirrors when the class was over. My body looked different. I couldn’t believe two babies had come out of it.

I took a picture of myself and tried to adjust my attitude to one of strength and determination. I could do this. I could go back to work and I could be a present parent to a toddler and baby. But then fear came over me and I thought, "What if I can’t? What if I’m different now?"

And then I forced myself to think about the truth: I didn’t know if I could do everything as I had done it all in the past. But I decided, right then and there, that I would give myself the grace to grow. I gave myself permission to adapt to my new life and make some changes in the process. When I look back on this experience, that's a lesson that's stuck with me. With my own permission, I found the courage to change without apologizing for it. It was hard at times, but I've never regretted it for a second.

Loading shell for quizzesApp1 vue props component in Globe.
Learning About My Second Pregnancy Helped Me Be Grateful for My Support System 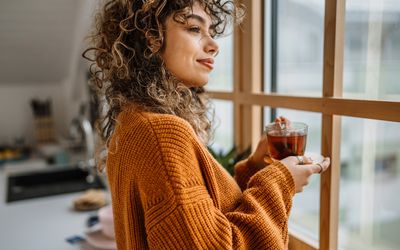 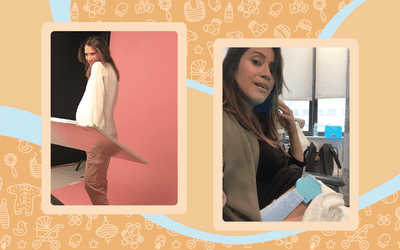 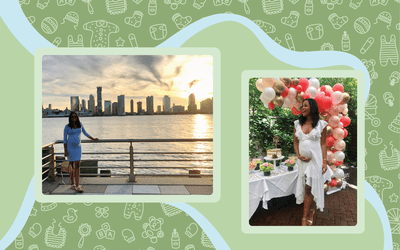 Learning to Let Go of Perfectionist Ideals While Pregnant 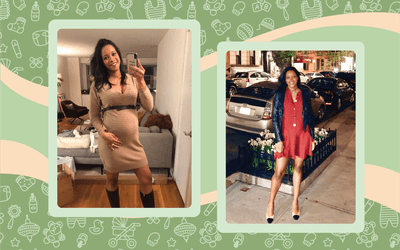 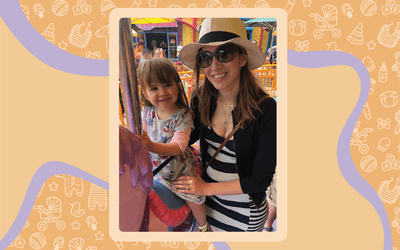 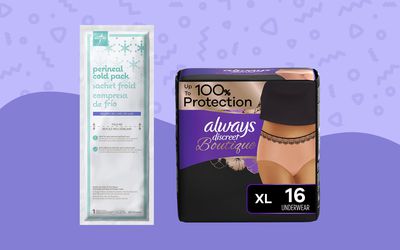 These 5 Postpartum Products Helped Me Power Through the Fourth Trimester 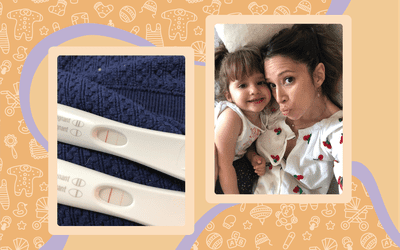 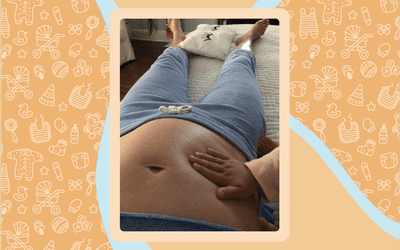 How I Creatively Dressed My Second Trimester Bump