Many of the games kids play today are tried-and-true classics, such as four square and tag. However, others, like gaga ball and grounders, could have parents wondering what they are. Here's the scoop on these increasingly popular, active playground games.

They're ideal for kids in upper elementary school and middle school who may be outgrowing other playground games, but still need active play before, during, and after the school day. However, younger kids will enjoy playing them as well.

How to Play Gaga Ball

Gaga (or ga-ga) ball is a variation on dodgeball that was first played in Israel but has now become popular at camps and schools in the United States, Australia, and elsewhere. It's fun, fast-paced, and easy for kids to play. To play, you need a "gaga pit," which is an octagon-shaped playing area with waist-high walls. Many summer camps and schools now have their own pits, as do some trampoline parks and indoor play spaces.

You can buy brackets and lumber and build your own gaga pit, but it's not cheap. Instead, approximate a gaga pit by playing in an enclosed space like a racquetball court or an empty garage or basement (you need to be able to bounce the ball off the walls). Your child's school might seek donations to purchase an indoor or outdoor gaga pit, which could be a great use of funds, as this game will encourage physical exercise and a shared social activity.

How it's played: Just as in dodgeball, gaga ball is played with a rubber playground ball, and the object is to hit other players with the ball to eliminate them from the game. To start, a player tosses the ball up in the air, letting it bounce on the ground inside the pit. With each bounce, players shout "Ga!" After the second or third bounce (depending on what the group is accustomed to or has agreed to), the ball is in play and the game begins. It continues until only one player remains.

Unlike dodgeball, gaga is not a team sport. All players are inside the pit and play as individuals. Even with the tight quarters, it is usually harder to be eliminated in gaga ball than in dodgeball, mainly because players slap-hit the ball rather than throwing it.

You're out of the game (and the pit) if you're hit by the ball—but hits only count if they connect below the knee or, in some versions, below the waist. Players can also be eliminated if they don't follow gaga ball rules, including:

Safety: As with any active game, there's some risk of injury. Kids could be hit in the face with the ball (which is against the rules) or bump into one another. Ideally, they should be supervised while in the gaga pit, which will also cut down on arguments over rule violations. But playing without grownup oversight can also help kids learn important social skills.

Outside Games That Get Kids Running

How to Play Grounders

This is a game you might literally be hearing because kids repeatedly call out "grounders" as they play. A large playset with climbing areas, slides, and so on is a must for this one, which is a type of tag that shares similarities with the swimming pool game "Marco Polo."

How it's played: One player is designated "it." With eyes closed, they give a starting count of 10 or 15 while the other players get into position somewhere on the play structure. After the count, the person who is it starts searching the play area for the other players—but they must keep their eyes closed.

If they hear anyone stepping on or touching the ground, they shout "grounders!" If anyone is on the ground, that person becomes it, if not, they stay it and must wait at least 5 seconds before the next "grounders" call. A new it must give a starting count of 10 or 15 just like at the beginning of the game. This game is all about stealth—and sensitive hearing.

Safety: Yes, this one carries some risk, as the child who is it is wandering the playground with their eyes closed. If the thought freaks you out, teach kids another kind of tag called up/down.

In this game, whoever is it starts the game by calling "up" or "down." If they choose "down," that means the ground is not safe and any player on the ground can be tagged. To be safe, players will have to go up, onto a tree stump, park bench, playground structure, etc. Or if the game starts with "up," then the ground is safe and everything else is not. And everyone's eyes stay open. 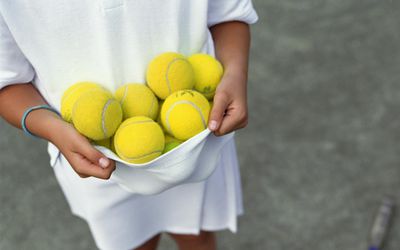 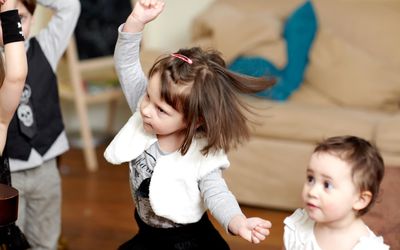 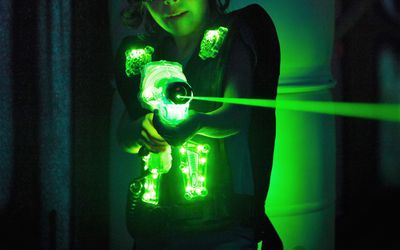 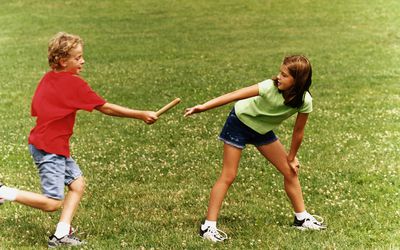 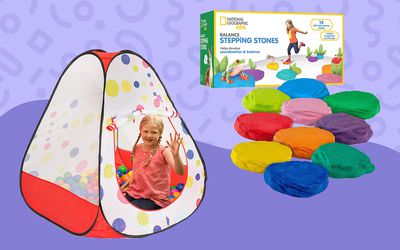 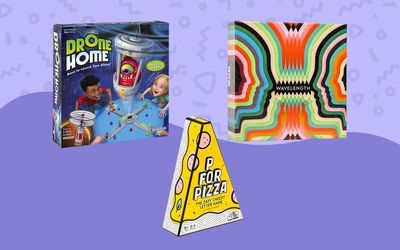 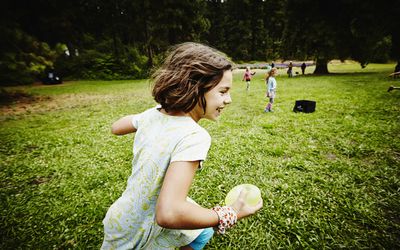 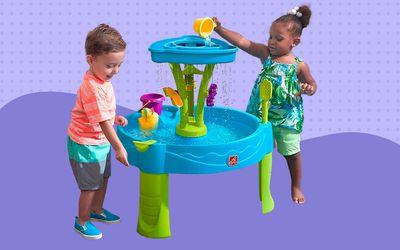 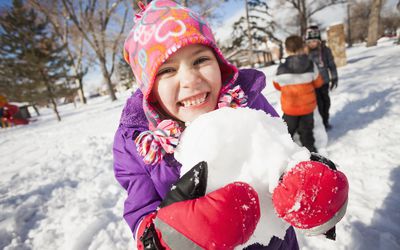