We love seeing the special bond between a father and his child. There is nothing sweeter than seeing a dad super involved with his family and going above and beyond for his children. We rounded up 10 of the most creative and inspiring dads on Instagram, and we think you should give them a follow. From the U.K. to Utah, these family men showcase their kids on social media, bragging and beaming like the proud papas they are.

Maybe you're also a father looking for some fun activities to do with your kids. Perhaps you're just hoping to add some feel-good content to your feed. Either way, check out these doting dads below.

The “Deru Crew” has a combined 150,000 followers on Instagram and 215,000 subscribers on YouTube. The family consists of wife Julie Deru, a registered nurse, and dad Landon Deru. Together they have five kids.

The Utah-based family vlogs about everything from home organization to how to make a budget. They also share the challenges and benefits of house renovations as well as how to potty train your child in three days. Deru shares pictures of the family on bike rides and during Sam’s Club runs.

He also frequently sings the praises of his wife. The Ph.D. student recently shared on Instagram, "I hope each dad in the world takes that title seriously. It's a big and important job."

U.K.-based dad Chris Payne shares the most adorable photos of his triplets and son Sullivan on Instagram. The dad posts daily to his 100,000 followers.

The IVF triplets are usually in matching outfits (Including hairstyles) and smiling from ear to ear. We especially love his reels of older son Sully learning how to ride a bike, the girls squealing in excitement as dad picks them up from daycare, and cameos from their cute pups.

The Dad frequently posts the kids' lunches, and now that it's summer, there is some enviable backyard pool content.

Jeffrey Wright and Bryce Abplanalp are two fathers raising two kids in Salt Lake City, Utah. Their kids are Ridge and Rue, and the dads admit that the "terrible 2s are REALLL!" The family is open about their involvement in the LGBTQ+ community, and during Pride month, they have been especially vocal about the love and support they have received.

“Our account is 'Growing Up with Dads'—[it has] never been meant to be about just us—[it is] centered on our family & our children,” they wrote on one post. “We receive comments about our 'poor kids' and even some commenting on how much they’ll be teased & made fun of. This isn’t a shock to us—we understand the burden we’ve placed on our children simply by them being born into our family. If we can teach Ridge & Rue one thing, it would be to love & to be loved.”

The dads recently posted a heartfelt tribute to their own fathers, more fully realizing the sacrifices parents make now that they have kids of their own.

He describes his approach to setting an example for his daughter: ”It’s being vulnerable & emotionally available, having honest conversations discussing hard topics, [and] apologizing when I’m wrong & doing better," Gardner says. "[It's about] being consistent & keeping my word, loving myself & those around me & finding the positive in every situation.”

Since their beloved father/daughter dance was canceled due to the COVID-19 pandemic in 2020, Gardner made a memorable night for his daughter by setting up a meal and music in a lovely gazebo setting.

The “self-taught sewist,” who is based in Philadelphia, also started a YouTube channel in May 2021. In one video, he explains he started this journey in 2014 by "thrifting women's clothing and up-cycling the clothes to fit Ava." He teaches his viewers how to thrift and learn by watching him turn a women's dress into a peplum top for his daughter.

Ben Anderson is dad to four children—Arlo, Myla, Esmé, and Otis. After suffering the loss of twin babies, this family has grown stronger thanks to their online community. With 45,000 combined followers, the Andersons post funny reels and stories documenting it all—from trying to eat at a restaurant with kids to diaper blowouts.

The relatable dad shares heartfelt content while being honest about how challenging it can be to raise kids (he openly admits to giving his kids iPads when he wants them to behave). Having four children in under seven years definitely has its challenges, but this U.K.-based family sees and shares the joy in it.

Sergei Urban uses science experiments and a little bit of magic to bring a lot of fun into his kids’ lives. Urban is from Latvia and a native Russian speaker but is now based in London with his wife and two kids, Max and Alex.

His Instagram account has a whopping one million followers, and he has even published a book of “50 awesome science projects for parents and kids” titled "The Dad Lab".

He admits, “I’m not a teacher or a scientist, I am just a dad to Max and Alex sharing my fatherhood journey, kids science experiments, and craft ideas.”

We especially love his recent posts on five experiments to do with eggs and a simple 3D paper flower craft.

This dad says he went from growing up without a father to trying to be the best dad he can possibly be for his daughter Jenesis. Along with his wife, who recently became a police officer, he suffered the heartbreaking loss of his first son in 2015.

Now, he celebrates his family by spending as many precious moments with his daughter as possible. He's there for her swimming lessons and her dance recitals. In addition to major events, he also documents smaller occasions, like casual ice cream parties.

This sensitive soul has recently found solace in gardening. He also loves spending "daddy and daughter days" with Jenesis, explaining that they are important so that his daughter has the opportunity to open up to her dad. Plus, "Dads + daughters just need a chance to have fun!"

Houston-based blogger Jeff Segura has two little girls, Mila and Bella. Segura is a self proclaimed “road trip connoisseur” and most recently went to San Antonio.

He also shares sweet moments of his family around their Texas home as well as musings on how to lead by example. “Fatherhood is beautiful but not always easy. Here are 3 things I’ve learned through the years,” he wrote on one post.

Segura says, “1. Our kids deserve quality time, learn to manage your time effectively. 2. The way we talk to our kids is more important than what we say. Learn to speak with them."

He also believes that all parents can be there for their kids, even when it isn't "their turn." He frequently explains how his own personal growth has helped him as a parent.

Joel is father to four girls and wife of Sarah Conder. Together, they have over 700,000 Instagram followers and 1.2 million subscribers on YouTube. In the early summer of 2021, the London-based couple celebrated daughter Kaci’s 16th birthday and announced they were expecting baby number five.

The family documents every aspect of their lives from first haircuts to safari vacations to DIY Halloween costumes. The couple has been married for 10 years, and their close bond with their kids is quite evident in all of their content.

David Clark is dad to three children, Rosie, Frankie, and Atticus. He’s married to mega-famous blogger Amber Fillerup Clark, who has 1.3 million Instagram followers. Clark also has quite the following of his own with 130,000 followers. The Arizona-based dad is a professional photographer, so his page always showcases beautiful images the Arizona desert and family trips to the beach, as well as his adorable children.

The family shares content from scenic bike rides, their stunningly renovated house, and sweet dog, Chauncey. Clark has also competed in a couple of Ironman races, so his page is also inspiring to those who are training for athletic events. 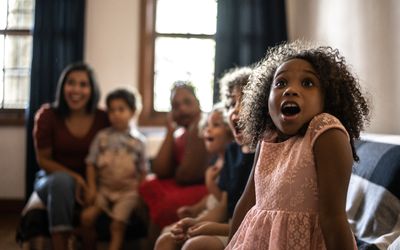 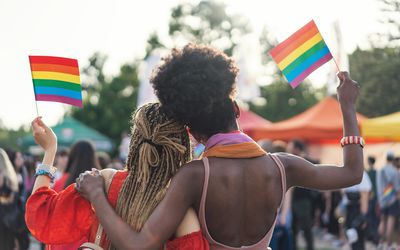 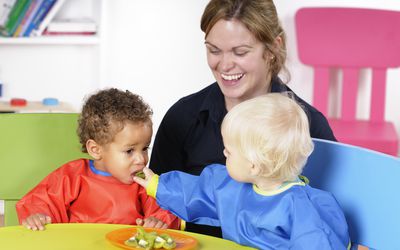 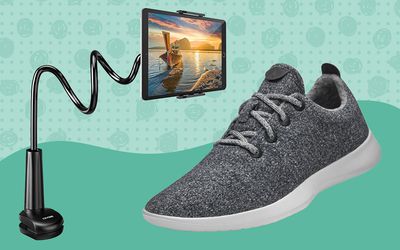 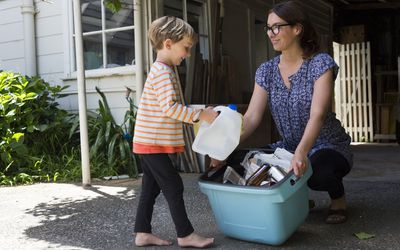 How Your Family Can Be More Eco-Conscious in 2022 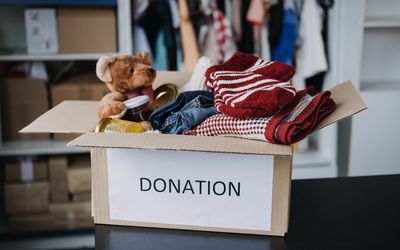 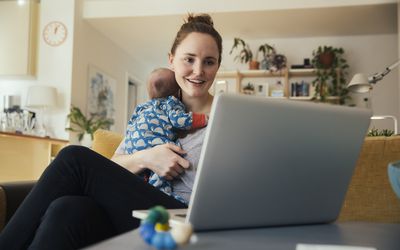 16 Top Mom Blogs That Keep It Real About Motherhood 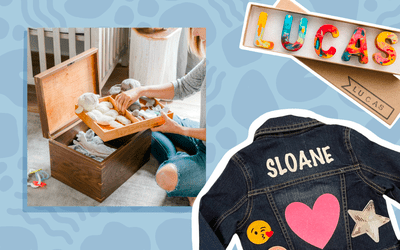 Meet the "Etsy Moms" Creating All Your Kids' Customized Gear 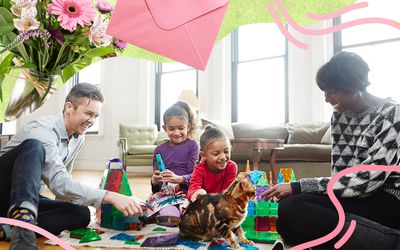 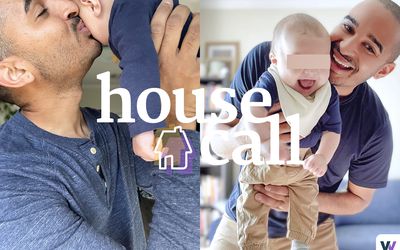 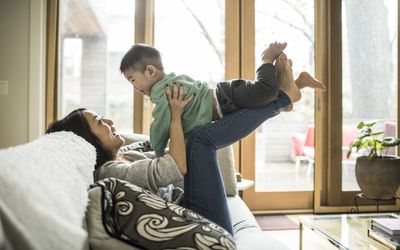 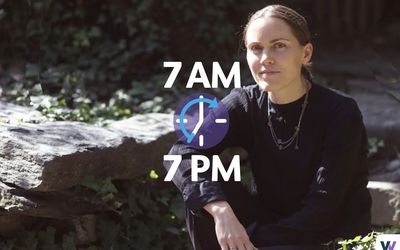 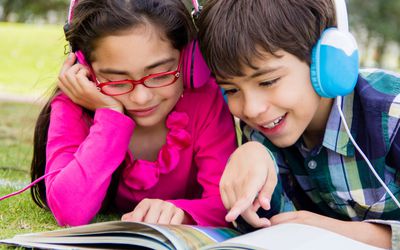