Sex During Pregnancy and the Risk of Miscarriage

During pregnancy, it can start to feel like everything is off-limits. Sushi, wine, and even simple household chores like changing the cat litter are probably best avoided for now. But, what about sex? If you're nervous about intercourse while pregnant, you're not alone.

Luckily, in the majority of cases, sex is perfectly safe from the beginning of pregnancy through the end. Here's what you should know about this common concern.

What the Research Says

In the past, doctors may have been hesitant to permit sex during pregnancy, however, we now understand that those recommendations were based more on presumption and bias than true scientific evidence.

Sex during pregnancy is widely considered safe. Unless your doctor specifically advises you otherwise, there's generally no reason to worry. Even those who have sex in the hopes of inducing early labor may be disappointed to find out that intercourse at the end of pregnancy has little impact on when labor actually begins.

A miscarriage is a spontaneous pregnancy loss that occurs within the first 20 weeks of gestation, usually in the first trimester. The experience can be physically and emotionally painful. In 50% of cases or more, miscarriages are caused by a random chromosomal abnormality. Other factors that increase miscarriage risk include:

Many couples, particularly those who have been affected by miscarriage, may feel apprehensive about sex during pregnancy. If you have any concerns, you can always talk to your doctor for reassurance. Consensual sex with your partner during pregnancy can promote feelings of intimacy during this special time in your relationship.

For the majority of women, sex during pregnancy is generally considered safe and does not cause miscarriage or other complications.

When to Avoid Intercourse

Of course, not everyone enjoys sex during pregnancy and that's OK too. Sex can feel painful or uncomfortable at times due to hormonal and bodily changes. In most cases, you can remedy the situation by figuring out which positions are more comfortable and using a lubricant.

If you're not in a monogamous relationship, it's important to be especially vigilant about protecting yourself and your baby against sexually-transmitted diseases. Let your healthcare provider know about any risks you might be taking and remember to use condoms and get tested.

Your doctor may advise that you abstain from sex during pregnancy if you experience symptoms such as unexplained vaginal bleeding, you're leaking amniotic fluid, or you have a history of preterm labor.

The following are two scenarios in which a doctor is more likely to tell you to skip sex during pregnancy—and they are somewhat rare. If you have been diagnosed with one of these conditions, your doctor may advise you not to have intercourse during pregnancy.

Usually, painless bleeding in the third trimester is the main symptom. Other warning signs can include premature contractions, an abnormal lie (transverse or breech), and the uterus measuring larger than normal.

Placenta previa is serious because it can lead to complications including growth restriction in the baby and fatal hemorrhaging (blood loss) in the mother. Many women with this condition must be put on bed rest. Placenta previa occurs in roughly one of every 200 pregnancies.

In cervical insufficiency (also known as incompetent cervix), the cervix is weak and starts dilating, or opening, too early during pregnancy. The condition increases the odds of pregnancy loss and preterm birth.

Women with cervical insufficiency may have to avoid other strenuous physical activities, in addition to sex. This condition occurs in about one out of every 100 pregnancies.

For the most part, sex and orgasms during pregnancy aren't a concern. But If you're worried that having sex may hurt your developing baby or lead to miscarriage, discuss your concerns with your doctor.

If you're feeling embarrassed, remember that midwives and doctors—especially OB/GYNs—see patients who have similar concerns every day. They will be happy to answer any questions you have about sex in general, especially while you're pregnant. 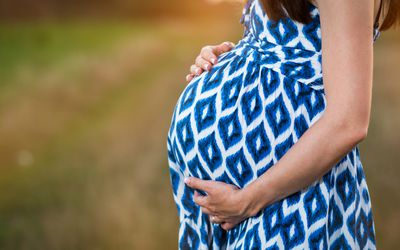 What Is an Anterior Placenta? 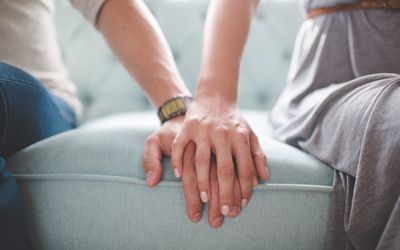 When Is It Safe to Have Sex Following a Miscarriage?