Fun with friends or alone, the Nintendo Mario Kart 8 Deluxe is our top pick

Maya has more than 15 years of experience in digital media and communications and specializes in writing about family, food, and lifestyles.

Today’s video games are impressive by any standards. While they are another source of screentime, video games can also provide a fun activity for friends and family to play together, whether physically or virtually.

The Nintendo Mario Kart 8 Deluxe has the ability to support up to four players split-screen on the TV or Switch. For online gaming, we recommend Innersloth Among Us.

Some games require cartridges while others can simply be downloaded, so keep that in mind before purchasing. Plus, check reviews and the required ESRB (Entertainment Software Ratings Board) ratings to make informed choices about what games are right for your family. We carefully considered age recommendations, material, game ratings, value, and system type when reviewing products.

Here are the best video games for all the kids in your family.

According to the American Academy of Pediatrics, it’s important to achieve a “balance between digital consumption and healthier activities” and there are some key factors to look out for which may indicate problems with video gaming, including:

Each video game includes a rating system that ranges from EC (Early Childhood) which means it’s suitable for ages 3 and up all the way up to Adults Only. Check the ratings prior to purchasing any games. Some video games are compatible with a wide variety of video game systems while others will only work with one specific system. 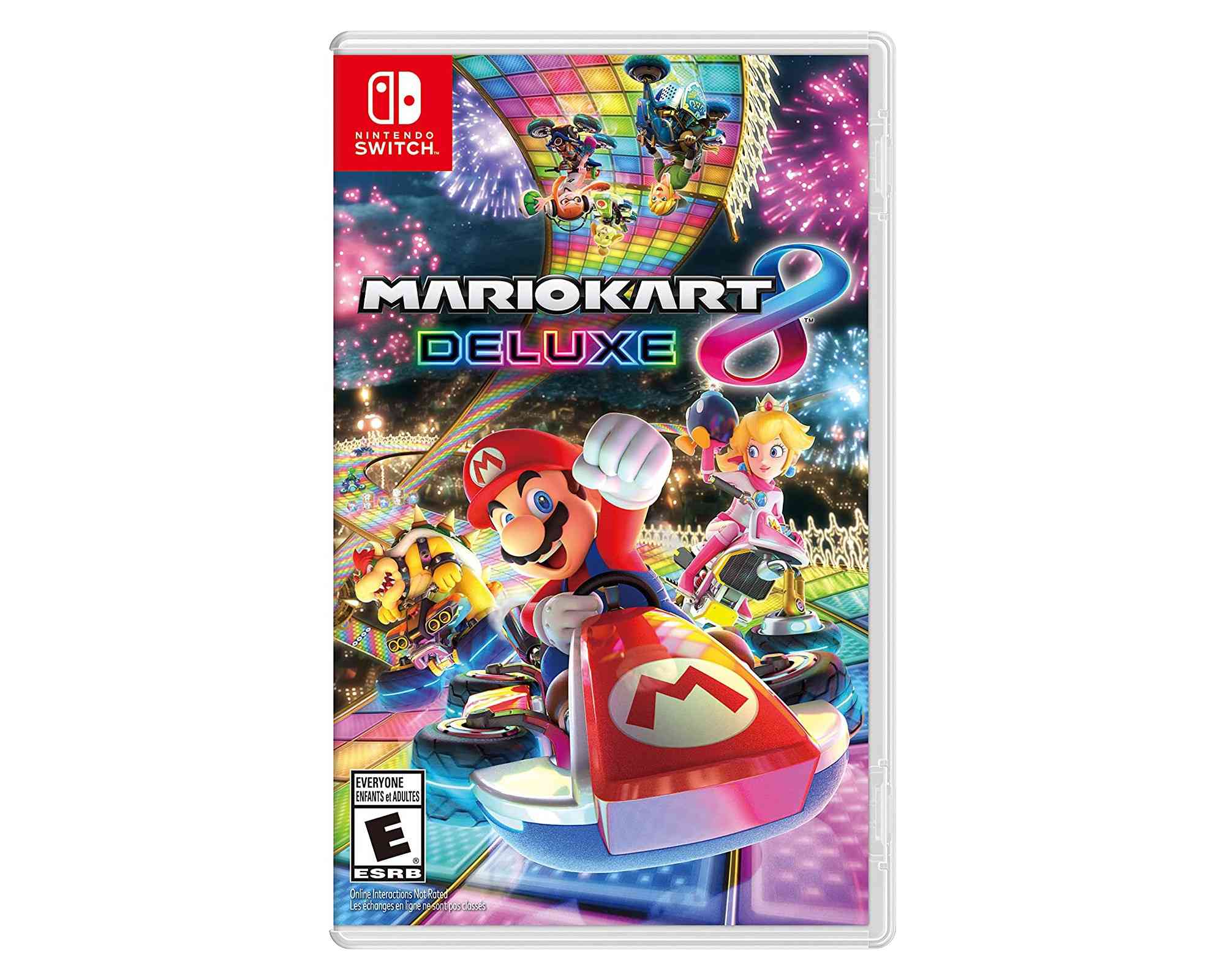 Who else recommends it? Wired and CNN both picked Nintendo Mario Kart 8 Deluxe.

The Nintendo Mario Kart 8 Deluxe is our top pick because everyone in the family can enjoy this classic character and his friends. Parents will appreciate the joy of playing with all their Mario Kart fan-favorite characters while kids will love the excitement of the game. With the ability to support up to four players split-screen on the TV or Switch, it’s a fun option for a group.

The “E” rating ensures there’s nothing violent or inappropriate for younger players. Fans of the Switch will love this game, the only drawback is it can’t be played on other systems.

Best for Online Play: Innersloth Among Us 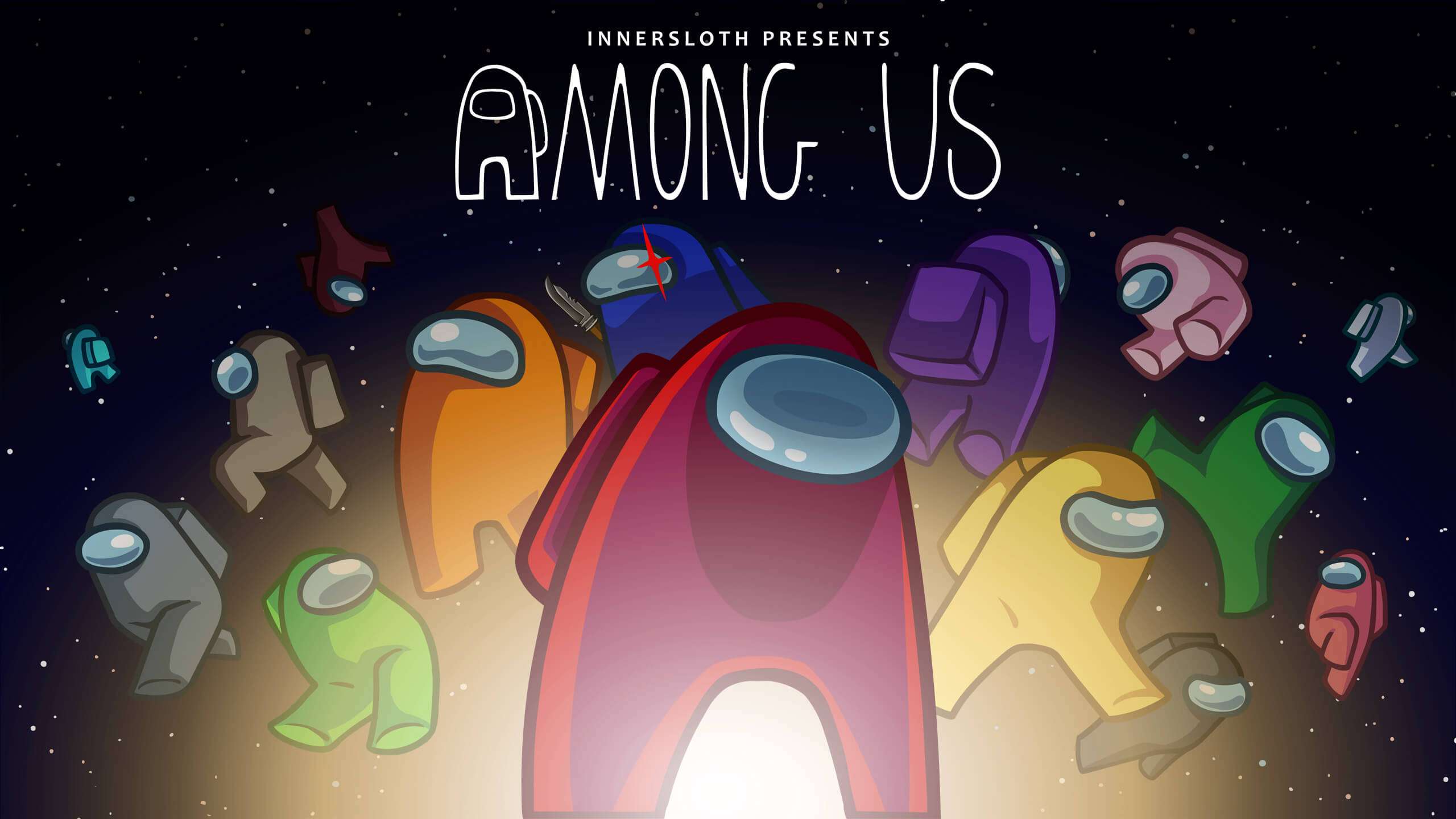 Among Us is a popular online game, meaning it can be played from nearly any device with wifi, including a phone or tablet. Taking place on a space station, in order to win the round, each player must complete tasks, with the twist that there’s an imposter on the ship that can sabotage or kill players.

A game of deduction, teamwork, and betrayal, it’s easy to play with a group and simple to generate a private code so you only play with those you know. Each round is pretty quick and while there is the opportunity to play with strangers, there is very limited play to player interaction. 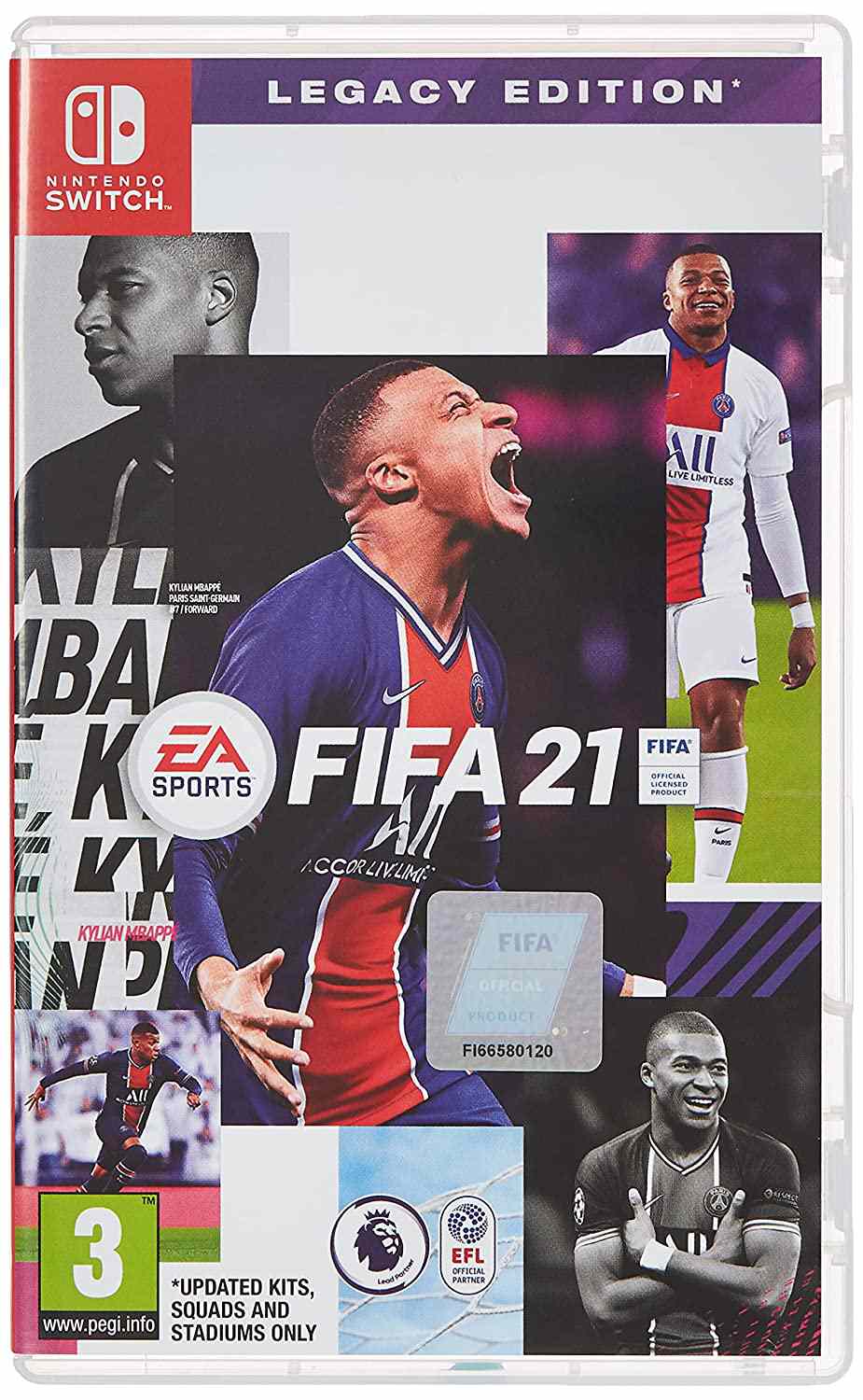 Soccer fans will love this year’s iteration of the popular sports game that gets better and better each year. Amazing visuals make the games look like a real soccer match and lots of playing options make it easy to play alone or with others.

The game is available on almost all systems, so all soccer fans can get in on the action. This year’s version features a new Career Mode simulation which allows you to skip a whole match and have more control over the players on your team. 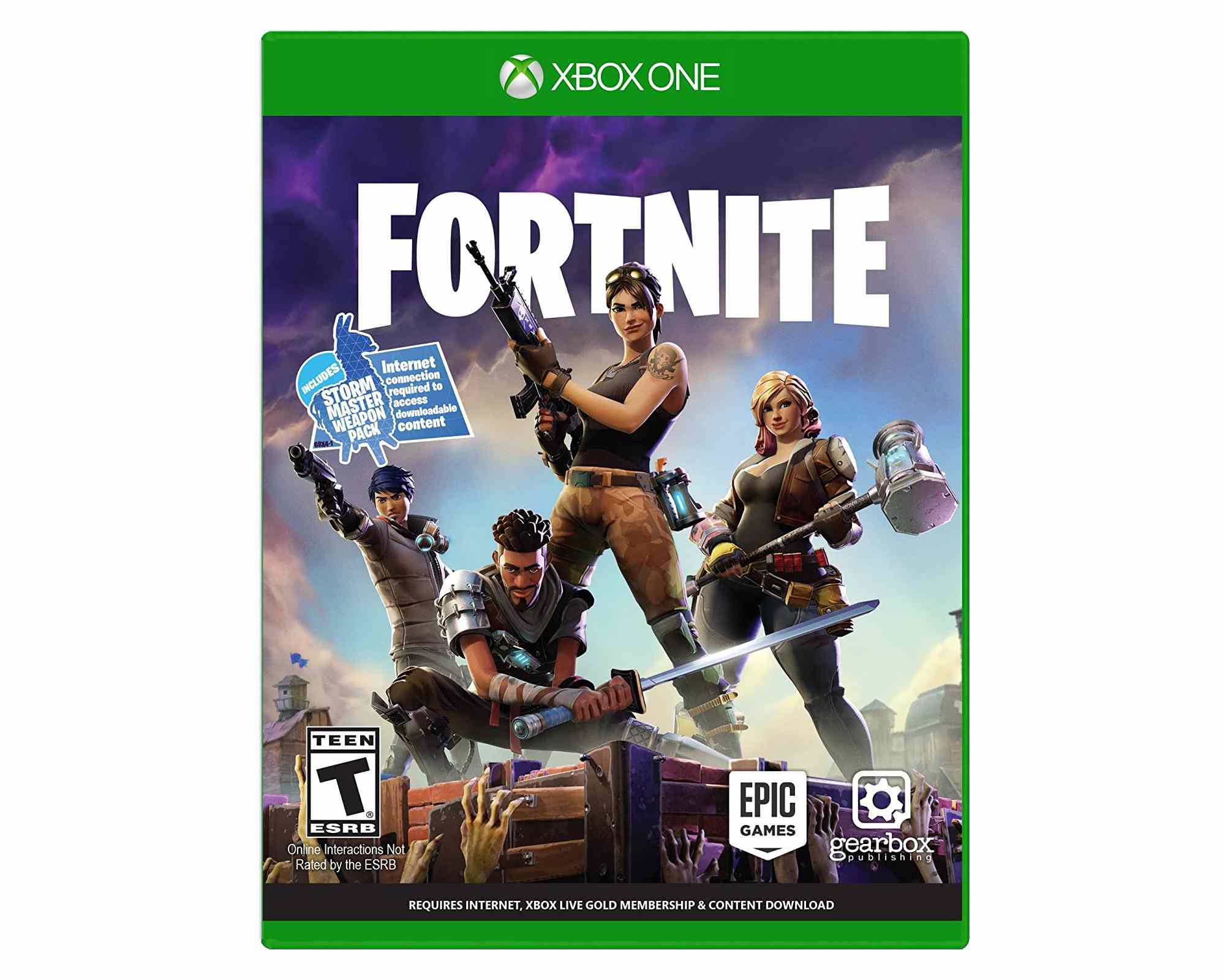 Super popular, Fortnite can be played online or on all common game systems. The game pits up to 100 players against each other as they team up in single, pairs, or four-person squads to battle it out to see who can survive the longest.

While there is some violence, it’s very cartoonish and not gory. There are in-game purchases available to celebrate or enhance your gameplay. The duration of each battle does take a while, so parents may find it’s hard to pull their kids away from a game while they’re “in the middle of a round.” 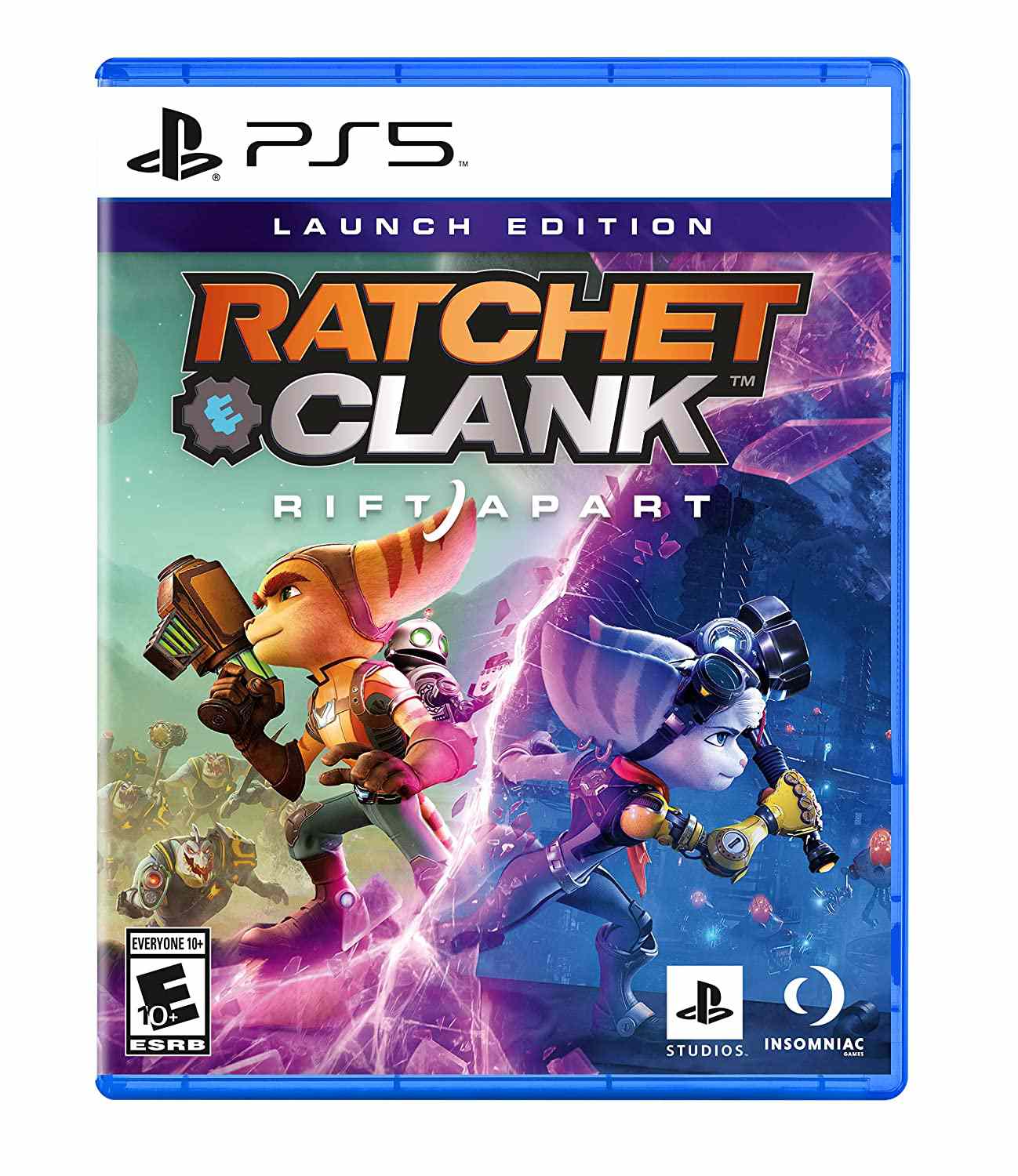 A game based in exploration and combat, older players will be impressed with the Pixar-level graphics, speedy loading time, and engaging gameplay. While there are previous versions of this game, it’s not necessary to have played before to enjoy this version.

More appropriate for teens, this is a shooting game and does have some more mature storylines. A single-player game, Ratchet & Clank is best for a tween or teen who will enjoy playing alone and is mature enough to handle the story and game requirements. 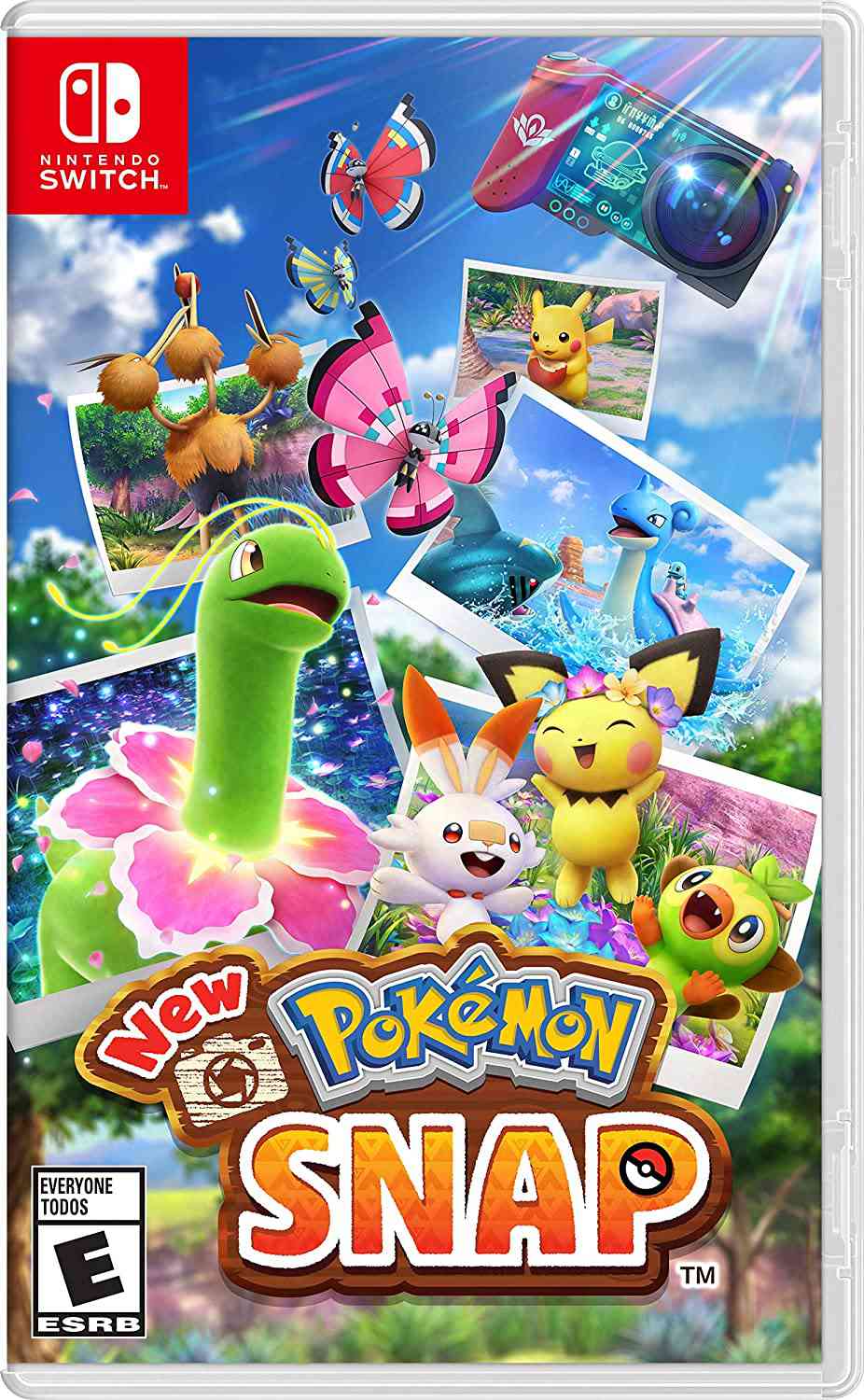 Younger fans will enjoy this addition to the Pokemon gaming family. A single-player game, players will meet a new teacher, Professor Mirror, to help lead the way. As you journey through new locales like jungles and beaches, players search for Pokemon and are challenged to snap photos of what they find.

The unique game can only be played on the Nintendo Switch. Fun and laid back, it’s especially good for those already familiar with Pokemon. 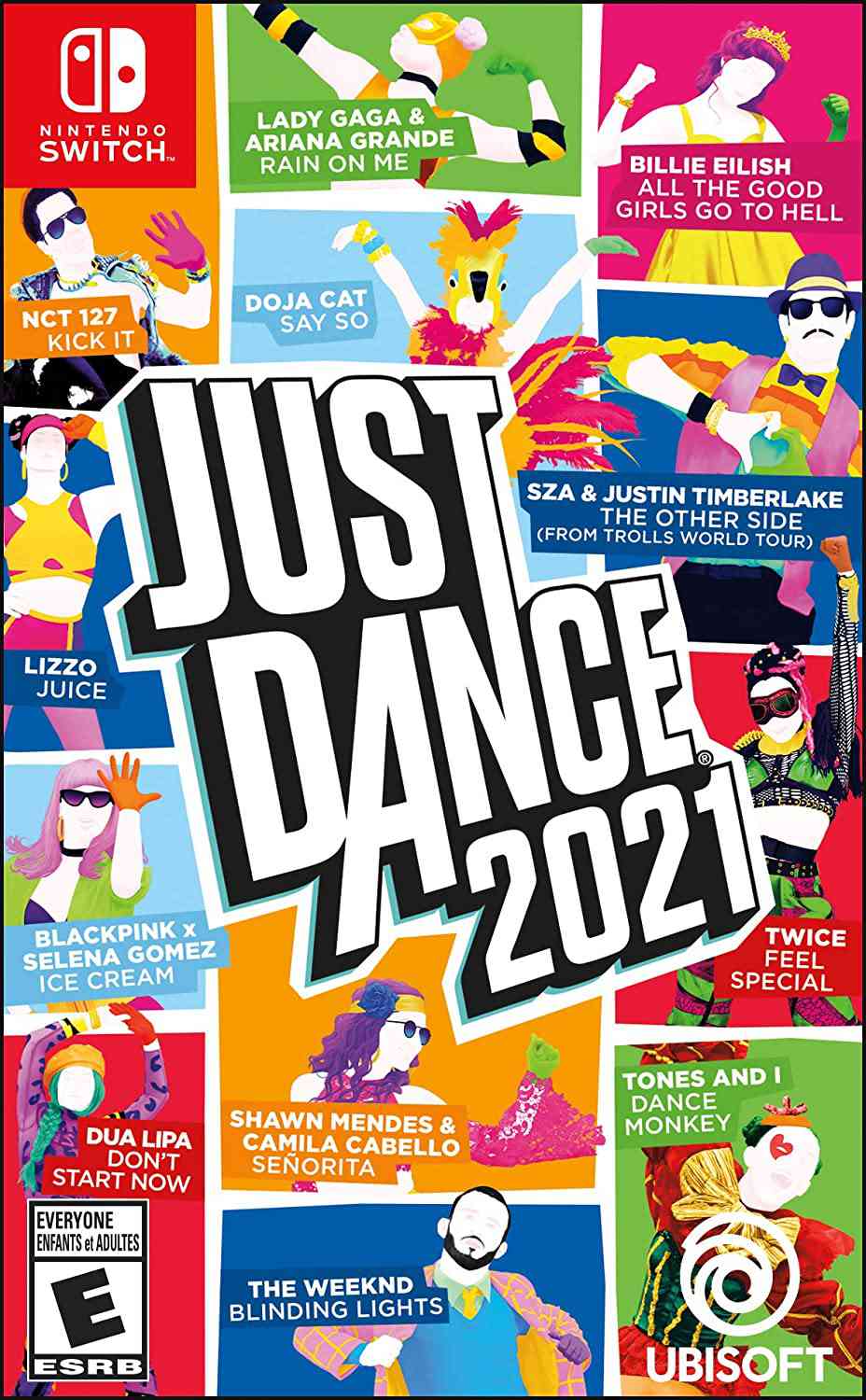 Get ready to move and groove with the latest version of the popular Just Dance game. Perfect for a crowd, up to six players will be challenged to keep the beat and move to the music with this fun, interactive game. It’s easy to play with a large group, simply use your smartphone as the controller.

For families with younger kids, there are six family-friendly songs and choreographies that are perfect for the whole crew. Master the moves and you’ll look like TikTok stars! 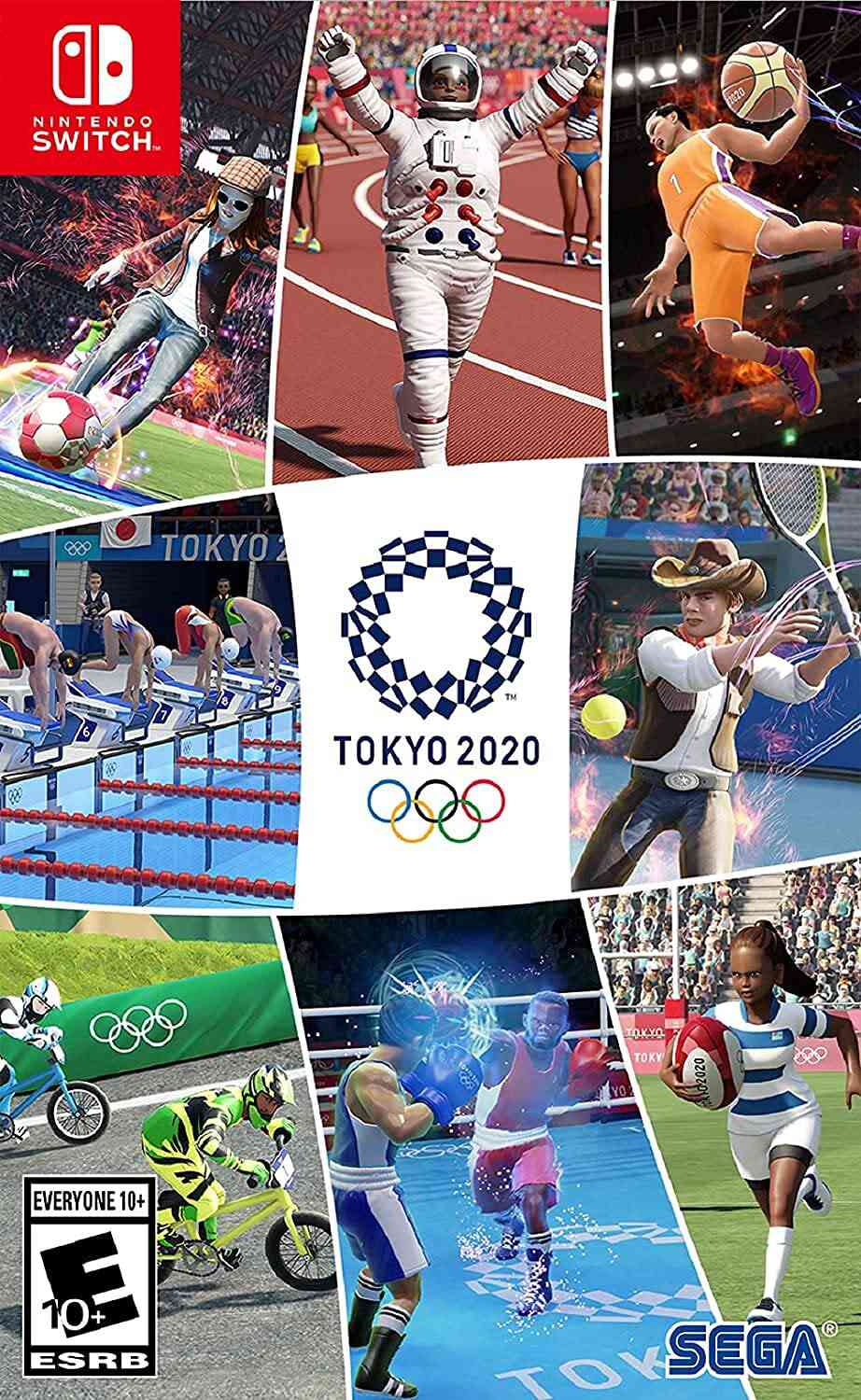 Fun for the whole family, celebrate the spirit of the Olympics as players choose from 18 different competitive events. A versatile game, it can be played alone, with friends, or online with players (or friends and family) around the world.

While it is technically rated Everyone 10+, the game is not violent and not complicated for younger kids. Families will also enjoy dressing their Olympian avatar and can choose from over 50 costume options.

It’s hard to beat the appeal of Among Us. The online game is super easy to pick up, great alone or with a group, and the game play is quick. For active kids or families, Just Dance (view at Amazon) is a fun, interactive option while true gamers do love Fortnite.

What to Look for When Buying Video Games for Kids

One of the most important factors to consider when buying video games for your child is the age-appropriateness of the game. Video games are rated by the Entertainment Software Rating Board (ESRB) which gives parents and caregivers an idea of a game’s appropriate age level usage. The ESRB has 6 main categories when it comes to ratings.

Many parents and caregivers may be shocked to see some of the most popular video games will cost more than $50, but this will depend on what type of system your child has. Consider the cost of the video game your child has had their eye on or what you think they may like.

Some games may be on the cheaper end, but require extra costs once playing for additional features. Do your research on a video game to see exactly where your money (or your child’s!) money is exactly going.

Believe it or not, there are dozens of different video gaming systems to choose from. Some of the more popular ones you’ve probably heard of include PlayStation, XBOX, PC games, or mobile games. Because video games aren’t a “one-game-fits-all” when it comes to systems, you want to ensure the video games you’re looking at are compatible with your child’s system.

Typically, you will see a description of which system the video game is compatible with. For example, XBOX is known for their green cases while PlayStation will show a “PS4” with the number being the console it matches to.

Maya Polton is a former marketing manager and current freelance writer who covers food, home, and parenting. She’s also the mom of a 10-year-old son, 7-year-old son, and 3-year-old daughter. While she does not consider herself a gamer (does Tetris count?), her two sons are big video game fans and sometimes consider the Nintendo Switch an appendage to their body.

6 Sources
Verywell Family uses only high-quality sources, including peer-reviewed studies, to support the facts within our articles. Read our editorial process to learn more about how we fact-check and keep our content accurate, reliable, and trustworthy.
See Our Editorial Process
Meet Our Review Board
Share Feedback
Was this page helpful?
Thanks for your feedback!
What is your feedback?
Related Articles