The decision to have a baby might come with an array of emotions, from excitement to apprehension to full-on confusion. After all, the process may seem simple enough, but there are so many factors to consider, like one's fertile window or the timing of ovulation. With that, it's normal to have a lot of questions about conception, ranging from how to track ovulation to whether or not there's a specific time of day that's best for baby-making sex.

We turned to the experts to learn more about that special fertile window, and if there's a part of the day that really boosts your odds of getting pregnant.

Conception 101: What Are the Chances of Getting Pregnant?

Before taking a look at the day-to-day, let's think about conception as a whole. Of course, there are a few different methods, whether we are discussing heterosexual intercourse or artificial insemination, which is a popular strategy among LGBTQ+ couples.

Generally speaking, people have their best chance at conception when they are in their 20s. For a healthy person in their 30s, there is about a 20% chance of getting pregnant each month, and at 40 years old, that chance of conception decreases to just 5% each month.

The takeaway? Regardless of your age, the chances of conceiving each month are not super high. In fact, according to the American Pregnancy Association, most healthy couples conceive a baby within one year of trying.

Fortunately, there are things you can do to boost your chances and ensure that you're doing everything right.

If you're currently trying to conceive, you're likely well-versed in the world of ovulation tracking. About midway through the 28-day menstrual cycle, one of the two ovaries releases an egg, which then travels through the fallopian tube and enters the uterus, where it is ready to be fertilized.

"Tracking your ovulation is key," explains Andrea Chisholm, MD, a board-certified OB/GYN with over 20 years of clinical experience and review board member for Verywell Family. "Most people who menstruate have roughly a 28-day cycle and ovulate around day 14, which is counted from the first day of menstruation." If your cycle is shorter or longer than the average, she says you may ovulate a little earlier or later depending on its length.

"These are at-home urine tests that detect your luteinizing hormone (LH) levels," both doctors explain. "LH is a hormone made by your body that naturally increases and decreases at different times during your menstrual cycle. Prior to ovulation, your body has an LH 'surge' or increase."

To keep an eye on your ovulation naturally, Dr. Chisholm adds that you can look for physical changes in your body, such as an increase in cervical mucus or a rise in your basal body temperature.

When Is Your Fertile Window?

Keeping track of ovulation definitely increases your odds of conception, but the kicker? There's only a small window of opportunity for sperm to fertilize the egg.

"Your fertility window includes the five days prior to ovulation, the day of ovulation, and up to the day after ovulation. So it's roughly a six-day window," explains Dr. Chisholm. "The closer to ovulation you have sex, the increased chance of conceiving."

It's a good idea to aim for the days surrounding ovulation, Dr. Villamor points out. "Having sex during this [six-day] window, especially one to two days before ovulation, confers the greatest likelihood of pregnancy."

What Time of Day Is Best for Conceiving a Baby?

All of our experts pointed to research out of University Hospital Zurich that showed the highest quality semen samples were collected before 7:30 A.M. But does this mean the early morning hours are best for conception?

Not necessarily. "There is no definitive data showing that there is a specific time of day to have sex to increase your chances of conceiving," explains Dr. Morgan. "What we really recommend is to have intercourse at whatever time of day the couple feels works best for them. Ideally when they are in the mood and are well-rested."

Dr. Chisholm agrees with the sentiment, adding, "Just having sex is really the most important, so the real answer to this question is whenever it is the most convenient for you." The bottom line? Whether you have sex in the morning, afternoon, or night, you have roughly the same chance at conception.

Do Certain Sexual Positions Boost Your Odds of Conception?

In addition to the time of day, it's normal to wonder whether certain sexual positions boost your chances of conception. But according to experts, there isn't a magic answer to this either. "There is no scientific evidence to support one sexual position over another as superior," says Dr. Chisholm.

However, Dr. Chisholm admits there is one thing most OB/GYNs agree on: don't immediately hop out of bed right after sex. "Keep laying down for a while and even elevate your pelvis to help the sperm get up into your cervix," she advises.

Should You Be Having Sex Every Day While Trying to Conceive?

Some people might wonder whether they should have sex more frequently when trying to conceive in order to boost their odds. Dr. Morgan and Dr. Villamor recommend having sex every other day around the time of ovulation. They add that while there is no harm in trying every day, it can potentially put unnecessary stress on you and your partner, which is not ideal for baby-making.

Of course, you don't want to be slacking in the bedroom, either. "Having sex less frequently, such as intervals greater than five days, may decrease your chances as it may affect sperm count," says Dr. Morgan.

Coping When Trying to Get Pregnant Overwhelms You

When It’s Time To See a Fertility Doctor

Dr. Morgan recommends reaching out sooner if you have certain medical conditions, such as irregular menstrual cycles, a history of pelvic inflammatory disease due to sexually transmitted diseases, pelvic surgeries, abdominal surgeries, a history of undescended testicles, or the use of anabolic steroids.

Trying to have a baby is an exciting time! Remember that if you're tracking your ovulation, you're already ahead of the game. Having sex during your fertile window—especially one to two days before ovulation—can significantly boost your odds of getting pregnant.

As for the best time of day to have sex? It's really whenever you feel up to it. While there is some research that points to early morning hours being ideal, it ultimately comes down to whenever you and your partner are both rested, in the mood, and excited to try.

What Is the Babydust Method?
5 Sources
Verywell Family uses only high-quality sources, including peer-reviewed studies, to support the facts within our articles. Read our editorial process to learn more about how we fact-check and keep our content accurate, reliable, and trustworthy. 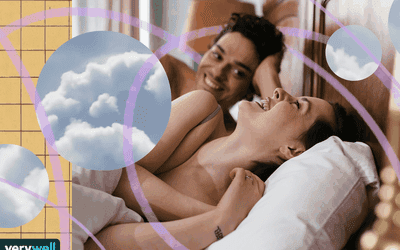 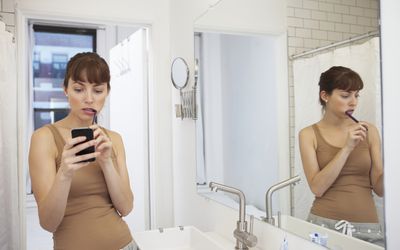 How Period-Tracking Apps Can Help You Conceive