Deanna McCormack is a beauty, parenting, and lifestyle writer who has written for Bustle, Byrdie, TheEverymom.com, and more.

Katrina Cossey is a freelance writer covering topics ranging from local and national news as well as writing and researching for parenting content.

Learn about our Medical Review Board
Fact checked
Verywell Family content is rigorously reviewed by a team of qualified and experienced fact checkers. Fact checkers review articles for factual accuracy, relevance, and timeliness. We rely on the most current and reputable sources, which are cited in the text and listed at the bottom of each article. Content is fact checked after it has been edited and before publication. Learn more.
by
Elaine Hinzey, RD

If you’re wondering whether or not you’re pregnant, an at-home pregnancy test can ease your mind, even days before your missed period. The best pregnancy tests are reliable and easy to take—and they won’t break the bank.

The First Response Early Result Pregnancy Test is our top pick for family planning because of its early detection and convenient line results reader app. And with its error-proof design and functionality indicator, the Clearblue Rapid Detection Pregnancy Test is also an easy 'yes.'

When choosing a test, make sure it is not expired, think about the day you’d like to test (early or after a missed period), and know how you’d like to read the results. Digital readers can make things more simple by translating your results to text, like "Not Pregnant" or "Pregnant." If you have more experience with pregnancy tests, test strips with line results are typically cheaper and come with more in the package. We spoke with childbirth experts and reviewed pregnancy tests and test kits from the top brands for accuracy, speed, early detection, and price.

Who else recommends it? Wirecutter, Babylist, and Healthline all picked the First Response Early Result Pregnancy Test.

This test from First Response is our top choice because it delivers reliable, easy-to-read results up to six days before a missed period. In three minutes' time, you'll get the confirmed read you need so you don’t have to sit around wondering. Data shows that the First Response Early Result manual test’s findings are especially accurate because it can detect all forms of the different types of hCG (the pregnancy hormone) found in urine. Studies show that First Response tests are able to detect hCG in 76 percent of users five cycle days before their expected period and detect 100 percent of the hormone on the day of the missed period.

Not to mention, it is compatible with the free, EasyRead app for further confirmed reassurance of your results. And speaking of the results, with the First Response Early Result pregnancy test having over 99 percent accuracy, the brand has garnered something like a cult following of women who have returned with each new believed conception.

And while it should be mentioned that this at-home pregnancy test scored 4.7 out of 5, only due to cost in light of the occasional one (digital) out of three testers in its package giving a different read, one can bet that the overall lot is accurate time and time again.

Price at time of publication: $15

If you’re trying to conceive and think you’ll likely go through a lot of tests, ClinicalGuard’s dip-in strips may be right for you. They come in bulk but are individually sealed, so you’ll always be prepared. You’ll also need a cup for these so you can submerge the strip. If your result is positive, you’ll see two different color bands pop up.

Price at time of publication: $10

If you are pregnant, you could find out as soon as one minute after taking the test using the Rapid Detection Pregnancy test. The wide, color-changing tip on this manual test makes it easy to use (it’ll go from pink to white when used correctly), while the special "Floodguard" feature helps prevent any user errors. This Clearblue product can be used up to five days before your missed period.


Price at time of publication: $12

Waiting for your pregnancy test result can be nerve-wracking, so Clearblue’s Smart Countdown feature can help calm any anxiety by being taken five days before your missed period. A little on-screen tracker indicates how much longer you’ll need to wait—generally three minutes, but some results appear within one minute—providing reassurance that the test is still working.

Once your result is ready, you’ll see either “Pregnant” or “Not Pregnant” clearly on the screen, so there’s no need to interpret any lines, symbols, or colors. Bonus: if you get a positive result, the test will display “Pregnant” for six months so you can show it off to excited loved ones.


Price at time of publication: $16

If you don’t need lots of bells and whistles on your pregnancy test, these no-frills test strips will get the job done quickly (and are often used in doctors' offices). To use one, you’ll pee into a cup, dip one of the strips in the liquid for three seconds, and then lay it flat. In five minutes, you’ll have your answer. The test can be used up to five days before a missed period.


Price at time of publication: $13

For people trying to conceive, this pack of ovulation and pregnancy tests can be a massive help. You can use the much-loved Pregmate ovulation strips to figure out when the ideal time for intercourse is, and afterward, you can easily determine if you were successful with the pregnancy test strips. This product is no-fuss, accurate, and budget-friendly, making it a no-brainer.


Price at time of publication: $27

The 7 Best Fertility Products of 2022

The right pregnancy test for your needs will mostly depend on your budget, how often you plan to take the tests, and how early you want to know whether or not you are pregnant. Don’t get caught up in accuracy percentages. We like the First Response Triple Check Pregnancy Tests (view on Amazon) because the kit includes three different tests, and they are sensitive enough for early detection. There's also the PREGMATE 100 Ovulation and 20 Pregnancy Test Strips (view on Amazon), which comes with both ovulation and pregnancy test strips, is easy to use, and is budget-friendly.

How We Selected the Best Pregnancy Tests

We chose the best pregnancy tests by studying the features of more than a dozen products on the market and researching reviews from customers and competitors. We considered price, design, features, ease of use, and accuracy when deciding our picks. We consulted with Robin Elise Weiss, PhD, MPH, for criteria to use and also reviewed guidance from the American Pregnancy Association.

What to Look for in a Pregnancy Test

Most home pregnancy test kits work by having a slip of paper that reacts by changing color when hCG, or human chorionic gonadotropin (the pregnancy hormone), is present. Or in the case of digital pregnancy tests, when hCG is present, the "Pregnant" sign lights up, but it's still doing so because the pregnancy test detected hCG, says Robin Elise Weiss, PhD, MPH.

If you are worried about your ability to read a pregnancy test, you may wish to consider a digital test. This is a simple readout that says “Not Pregnant” or “Pregnant.” A strip test will have two lines, either parallel or in the form of a plus for pregnant, or one line vertical (instead of two lines) or a negative sign instead of a plus sign. Check the instructions on how to read the test.

Read the pregnancy test within the designated time frame to avoid false positives due to evaporation lines. Typically any color change in the area of the second line would indicate the presence of hCG and therefore a positive test. The two lines may differ in color, but the test can still be positive.

If you can't spend the money on a home-pregnancy test, there are places to get free pregnancy tests, as well. Be sure you know who is doing the test and what their credentials and motives are for testing.

In short, the difference lies in the test’s ability to detect smaller amounts of hCG. More expensive tests might tell you if you are pregnant earlier, have a digital reader, or boast a well-designed plastic holder.

If you are buying your pregnancy tests online and in bulk, be sure that you know the tests you're purchasing are not expired or are about to expire. And if you don't take all of the tests this pregnancy, you can usually save the other tests for a couple of years—hence why checking for the expiration date is so important.

Deanna McCormack is a freelance writer and copywriter who covers lifestyle, parenting content for a variety of platforms. She’s a mom of two kids under the age of 3, and spends time outside her work researching, reviewing, and testing products made for modern families.

Katrina Cossey has been a digital content producer and news and feature writer for more than six years. She's covered topics ranging from local and national news, as well as writing and researching parenting content. Katrina is a parent herself and used the Clearblue Rapid Detection Pregnancy Test to determine when she was expecting her own little one. She appreciated the pregnancy test’s easy-to-read display screen and wide tip for easy use.

5 Sources
Verywell Family uses only high-quality sources, including peer-reviewed studies, to support the facts within our articles. Read our editorial process to learn more about how we fact-check and keep our content accurate, reliable, and trustworthy.
See Our Editorial Process
Meet Our Review Board
Share Feedback
Was this page helpful?
Thanks for your feedback!
What is your feedback?
Related Articles 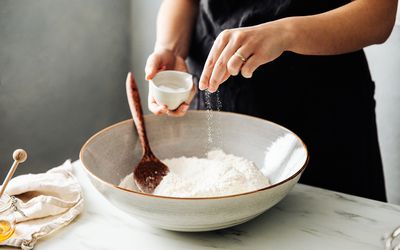 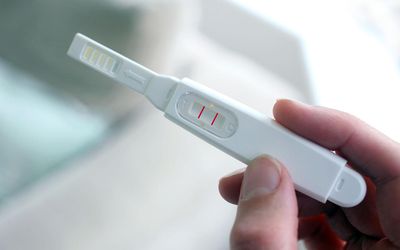