Bullying continues to plague children’s lives at concerning levels. During the 2016 to 2017 school year, one out of five students ages 12 to 18 said they were bullied. Students endured shoving, insults, being threatened, and exclusion from activities. They were bullied for a myriad of reasons, including disabilities, sexual orientation, and race.

There is mixed evidence regarding race and bullying, with results largely dependent upon the location and sample size of those studied. Nonetheless, experts say Black children are still bullied in large numbers, and in multiple instances, more than white children.

Overall, Black children appear to have increased rates of bullying and peer victimization.

Public stories told like this one about an eighth-grade Black male in Texas who was beaten, shot with a BB gun, and taunted highlight the painful treatment some children endure. While the incident of bullying itself is a traumatic experience, it can be intensified when a child’s experience is downplayed, or even worse, when the child is not believed.

This article looks at the numbers when it comes to Black children and bullying, how the mistreatment of their bullying cases in schools can revictimize the child, and how online schooling along with other resources give parents ways to help their children.

Globally, one-third of all youth experience bullying at some time. Experts say it’s important to have a clear understanding of bullying and what it consists of.

“In order to be considered bullying, the behavior must be repeated, aggressive, and include an imbalance of power that the bully uses to harm or control the victim,” Dr. Williams notes. Spreading rumors about someone, attacking them with words or actions, and threatening a person all constitute bullying.

A recent study found that almost 40% of the students surveyed who were victims of bullying were Black, compared to 33% of white students. There were also significant percentages of multiracial students who were bullied.Additional research notes African American children were more likely to be the victim of bullying.

However, other studies indicate white children are more likely to be victimized. A recent report noted that 25% of white students ages 12 to 18 were bullied, compared to 22% of Black students. Experts say it’s important to look at the racial composition of the school and the study sample size to get an accurate picture of the results.

“While some studies indicate white children are bullied more, Black children are disproportionately perceived to be aggressive or hostile (when they're not), and bullying rates for them are likely an undercount,” Dr. Williams states.

While there are discrepancies regarding what race of children is bullied more than others, one thing isn’t up for debate—the way Black children are perceived can impact how officials react to their bullying claims.

“Although these studies have been mixed, we do know that Black youth tend to be perceived as being more aggressive or hostile by others as compared to other race/ethnicities," Dr. Williams notes. "Studies have consistently demonstrated that people tend to misjudge the emotions and intentions of Black children. Teachers and others have often mistaken Black children, especially Black boys, as being angry."

If you’re telling the truth and you’re constantly being told you’re a liar, maybe you start embodying that and saying, ‘Okay I am a liar. I’m going to lean into the lying.'

That perception can go as far as school officials casting doubt on a Black child’s bullying claims or attempting to “explain away” what happened. “If you’re telling the truth and you’re constantly being told you’re a liar, maybe you start embodying that and saying, ‘Okay I am a liar. I’m going to lean into the lying,’" notes Kyra Ross, MSEd, MHC, Associate Therapist, Kathryn Grooms & Associates Psychotherapy.

The mishandling after reporting a bullying encounter can cause a child to completely disconnect. “They’re going to have such a crushed spirit, that they no longer want to engage," says Ross. "When these racist acts, this bullying happens they no longer say anything because there’s not going to be anything done."

Even if a child’s bullying claims are believed, even if consequences are handed out, even if the perpetrators are stopped, the very act of bullying has already caused the damage.

The Mental Impact of Bullying

Studies have long shown the detrimental impact that bullying can have on a child's thoughts, feelings, and emotions. Many students battled anxiety and depression after being bullied. They can also struggle with difficulty sleeping, changes in their eating patterns, physical symptoms, and a loss of interest in school. Their self-esteem also suffers.

“Mentally and emotionally, it does not add to the foundation of ego strength or resilience,” Ross states.

Parents may not be able to control what happens to their child in school, but they can implement strategies and find resources to help their kids deal with the aftermath.

Staying connected to your child makes a difference in helping them deal with a bullying experience. Talk with your child about their day. Have open conversations and ask hard questions. Experts say asking if anyone has been bothering or picking on your child provides an open line of communication.

If you discover a problem with bullying, take immediate action. Have a plan in place so your child will know what to do next. Report the incident to the appropriate authorities. Having your child talk to a trusted adult or a mental health professional can also help. Stopbullying.gov offers resources for parents and students.

The COVID-19 pandemic introduced a solution for some parents. “One interesting finding from the pandemic is that parents of Black youth found less bullying and racism with remote vs in-person schooling. Thus, many opted for online schooling for their children to shield them,” Dr. Williams noted.

No matter what steps you choose to take to help your child, make sure you talk to them regularly, provide a safe place for them to share what is happening, let them know you believe them, and seek solutions to support them physically, mentally, and emotionally.

If your child is a victim of bullying and racism, you want to do everything in your power to stop it. You also want to notify the proper authorities and help to deal with the aftermath. Maintain an open line of communication with your child and arm yourself with knowledge of available resources. Believe them and help them navigate the journey to healing. 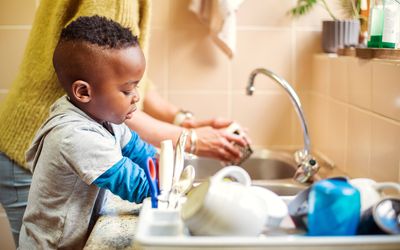 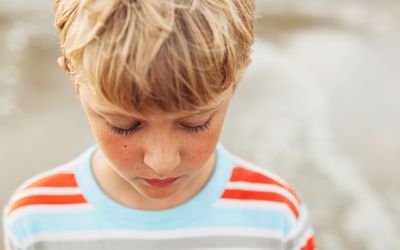 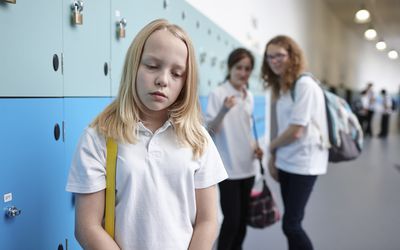