Aaron is a Hebrew name typically given to boys. It means “exalted” or “strong.” It has also been interpreted to mean “teacher” or “mountain of strength.” While it’s spelled Aharon in Hebrew, the “h” is dropped in the Greek variation. Aaron is the version that has been adapted in English. In Arabic, the name means “messenger.”

The origin of the name has often been debated: While some people trace it to Hebrew origins, other people think that it may be from Greece or Ancient Egypt.

Aaron is also a religious name. In the Quran, Bible, and the Torah, it’s the name given to the brother of Moses.  As the older brother of Moses, Aaron was at his brother’s right-hand side as they appealed to the Pharaoh to release the Israelites from slavery. He was subsequently appointed as the first high priest of the Israelites.

The name has also been thought to be a variant of Haran who was the older brother of Abraham in the bible. Aaron is an intriguing name and it’s often used by writers and creatives. You can find the name in the works of Shakespeare and George Elliot.

How Popular Is the Name Aaron?

The name peaked in popularity in 1994 when it was the 28th most popular name; however, it has remained in the top 50 list of most popular names for boys in the United States for several years.

According to 2020 data from the Social Security Administration, Aaron is the 63rd most popular name for boys in the United States. It has remained consistently popular and has been in the top 50 most popular names for boys for decades.

Aaron has several name variations in many cultures. Some of the most common include:

If you like the name Aaron but are still on the fence about picking it for your baby, here are some other similar names to consider:

If you want to give your other children names that have a similar feel to Aaron, here are some sibling names to think about:

Here’s a list of famous people who are also named Aaron: 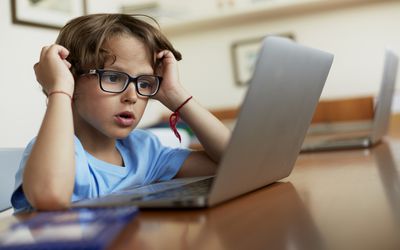