Learn the meaning and origins of popular African baby names

When it comes to picking an African name for your baby boy or girl, you have the luxury of picking a name from any of the continent’s 54 countries. African names are incredibly diverse and contain a mix of traditional, Muslim, Christian, and Arabic names. Naming a child in many African countries is a serious affair, and elaborate naming ceremonies are typically conducted to bestow upon a child several meaningful names.

An African baby's birth is typically followed by a round of ceremonies and festivities to usher the new child into the world. Many of the names given at these ceremonies are indicative of the child's place in the world. For example in Ghana, a baby boy born on a Friday will be named Kofi. In the Igbo tribe of Nigeria and some parts of West Africa, a firstborn girl is mandatorily named Ada.

Read on to learn about some of the most popular African baby names for girls, their meanings, and their origins.

Fun Fact: Abeba is a palindrome, this means it forms the same name when spelled forward or backward.

Fun Fact: The name Ada is also a popular first name for girls in Germany and Turkey.

Fun Fact: Amara is also the name of a type of sun beetle.

Fun Fact: The name was popularized by Cleopatra VII, an ancient ruler of Egypt.

Fun Fact: Gugulethu is also the name of a town in the Western Cape of South Africa.

Fun Fact: Hadiza is the Hausa form of the name Khadijah.

Fun Fact: Hibo is also the name of a popular energy drink in Austria.

Fun Fact: Iman is the name of a popular makeup line in the United States

Fun Fact: The name Kenya has been used as a first name in English-speaking countries since the 1960s.

Fun Fact: In the popular animated film The Lion King, Nala is the name of Simba’s spouse.

Fun Fact: In Ireland, Nia is a popular masculine name.

Fun Fact: The name Sade was made popular in the United States and England by Sade Adu, a singer and songwriter.

Fun Fact: The rise in popularity of actress Zendaya Coleman has also led to a rise in the use of the name.

Fun Fact: Zola is also the name of a popular wedding website.

Below are s handful of the most popular African boy baby names, along with their meaning and origin.

Fun Fact: Aadan is thought to be a Somali form of Adam.

Fun Fact: Abdallah was the name of Prophet Muhammad’s father.

Fun Fact: Chiumbo is also the name of a town in Angola.

Fun Fact: The name Femi can also be used for a girl.

Fun Fact: Kamari is also the name of a coastal village in Santorini, Greece.

Fun Fact: Kwame is also a fictional character in the animated television series called Captain Planet and the Planeteers.

Fun Fact: Nnamdi is also the name of a fictional character in DC comics.

Fun Fact: Omari is also the name of a village in Iran.

Fun Fact: Osiris was the God of the dead in Egyptian mythology.

Fun Fact: Yuusuf is the Arabic equivalent of the Hebrew name Yosef.

Fun Fact: Zaire was also the name of a sovereign state that existed between 1991 and 1997 in Central Africa. 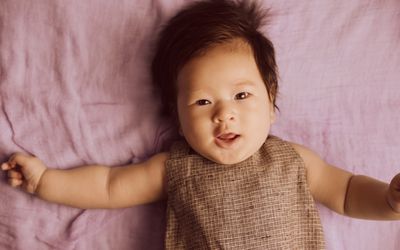